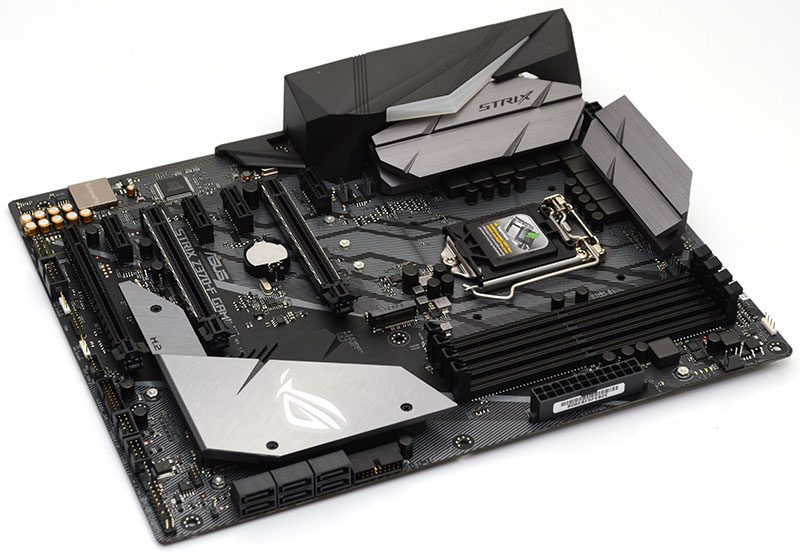 Are you planning to build a new Z370 gaming system, featuring the newly released 8th-gen Intel CPUs? Then it’s likely the ASUS RoG STRIX Z370-F Gaming motherboard is next on your shopping list. It’s equipped with just the right features and price to be one of the most popular Z370 motherboards of this launch. Of course, coming from the RoG branding of ASUS, it’s already got some pedigree that’s sure to appeal to gamers and system builders around the world, but is it any good?

The new board comes equipped with support for the new 8th-Gen CPUs, such as the 6-core Intel Core i5-8400 and the Core i7-8700K we recently reviewed. To give you more value for your money, you’ll also find Aura Sync RGB lighting, M.2 Heatsink cooling, easy overclocking and optimizations, powerful onboard audio, networking and more. 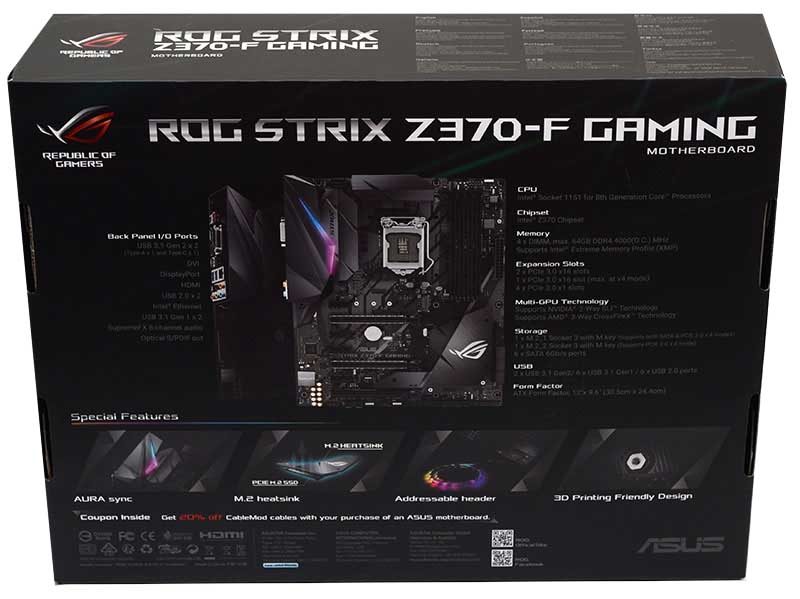 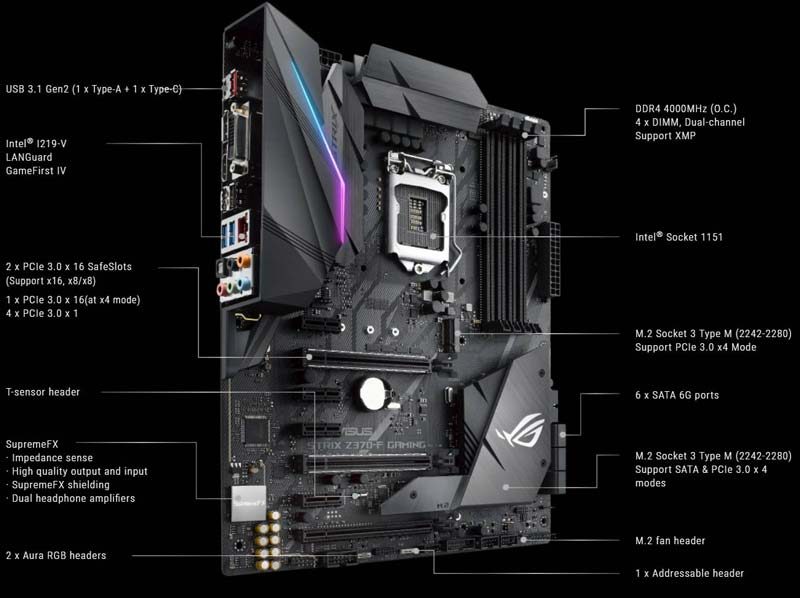 “With aesthetics inspired by the sharpest blades and premium colorways to match any mood, the all-new ROG Strix Z370 motherboards are ready to do battle — and infused with all the essential ROG engineering needed to push performance as far as you dare. Ready for the latest 8th Generation Intel® Core™ processors, ROG Strix Z370-F Gaming is loaded with overclocking and cooling innovations to keep your gaming rig’s thermals in check as you turn up the clock. Factor in custom Aura RGB illumination and superior SupremeFX audio and you’ll know that ROG Strix Z370-F Gaming looks great and sounds amazing — and outperforms every expectation to dominate your game!” – ASUS

The Z370-F comes really well equipped already, but there’s plenty of extra bits in the box too. There’s the usual documentation, driver CD, some stickers, etc. However, you also get a bunch of flat SATA cables, RGBW lighting extension cables, cable ties, a hard SLI bridge, and the M.2 mounting screws. Not a huge amount of stuff, but still a nice bundle. 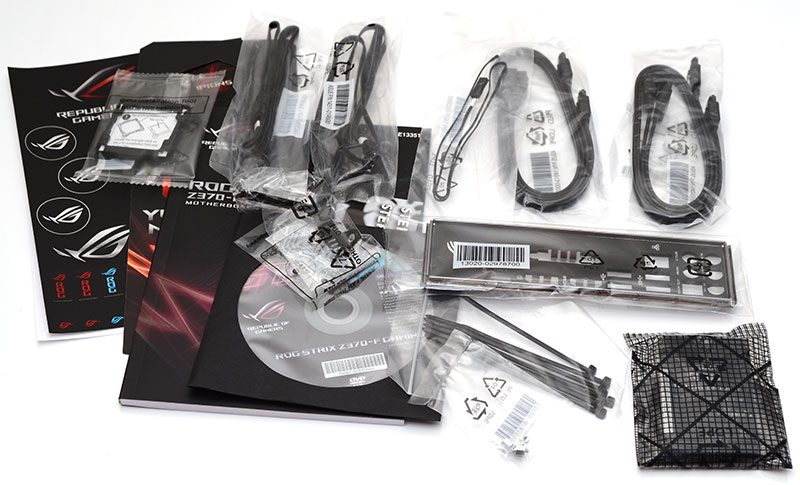