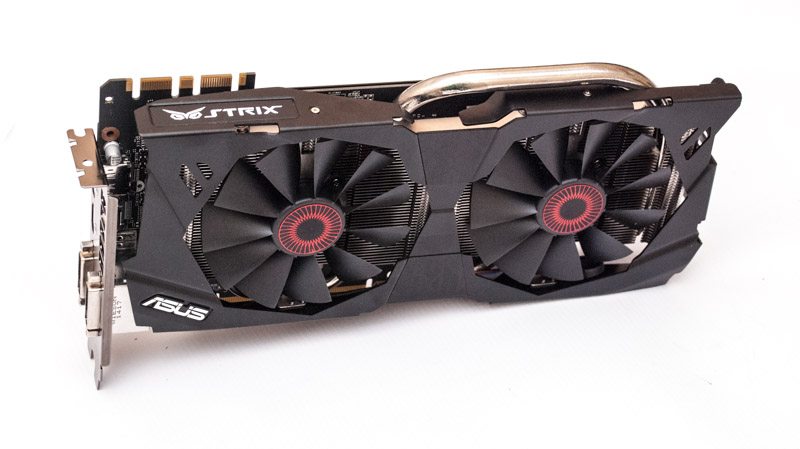 In May of this year ASUS decided to introduce a new product series into its graphics card line up, the STRIX line. STRIX first showed up on two ASUS graphics cards sporting the AMD R9 280 and the Nvidia GTX 780 GPUs. The headline feature was a 0dB fan operation mode below 65 degrees celsius operation. Shortly after those releases ASUS expanded the STRIX moniker to a range of gaming peripherals to try and create a comprehensive brand for gaming needs. In the graphics card space the STRIX series has phased out the primacy of the ASUS DirectCU series of graphics cards. Although, the term phased out should be used loosely since ASUS effectively market the STRIX GTX 900 series graphics cards as STRIX and DirectCU products at the same time. While confusing, the duality of the naming pattern allows clear recognition of what these STRIX GTX 900 series cards offer. They offer DirectCU II cooling solutions but also the STRIX 0dB fan mode.

Today we are reviewing the ASUS STRIX GTX 970 graphics card which is inspired by the DirectCU philosophy as we find a direct copper contact cooling solution with a pair of fans. ASUS have improved the power delivery to a DIGI+ 6 phase super alloy power design and to give end users some further benefits ASUS have pushed the clock speed up by about 65MHz too. The much paraded 0 dB fan mode is also equipped and I would also like to point out that other manufacturers have jumped on the passive fan bandwagon. MSI and EVGA are the most recent vendors to offer some mimicked variant of this. 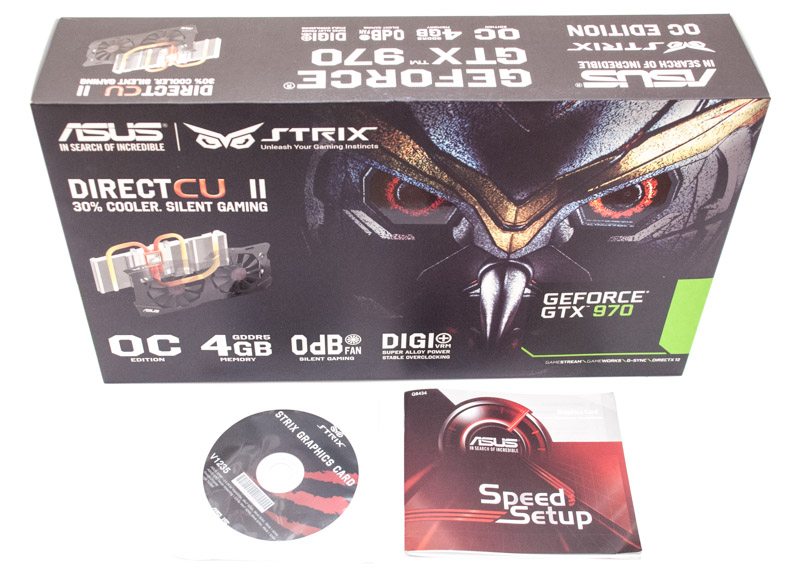