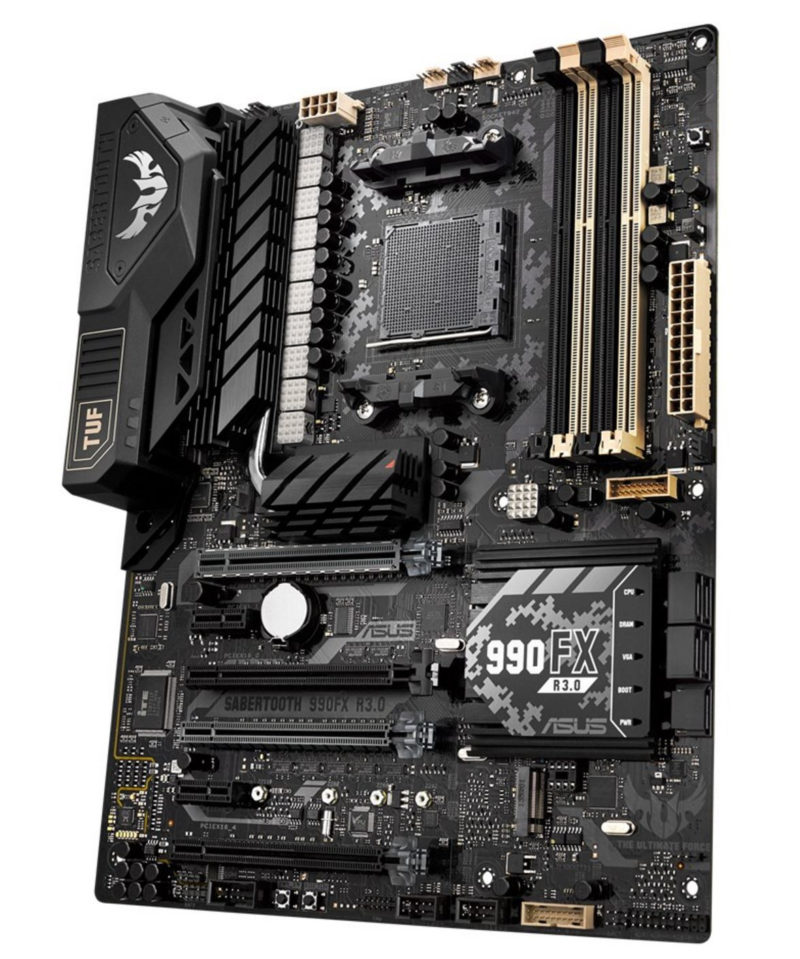 Despite the AM3+ platform being ancient and replaced by Zen relatively soon, some users may want to use their existing processor and upgrade to a fairly modern motherboard with a substantial warranty. ASUS has just unleashed the TUF Sabertooth 990FX 3.0 motherboard which includes four 10Gb/s USB 3.1 ports, eight 5 Gb/s USB 3.0 ports, a 20 Gb/s M.2 slot supporting premium NVMe drives and a whole host of features exclusive to the TUF series.

The product employs the traditional power connectors and a 10-phase VRM which should be really effective at dealing with even the most strenuous AMD chips with a 220W TDP. As you might expect, the motherboard has four DDR3 slots which can accommodate up to 32GB of memory. On another note, the motherboard incorporates full RGB lighting control, has OLED status indicators and cooling around the I/O. The Thermal Radar 2 software is really useful to monitor fan readings and optimise the cooling hardware.

As per usual for a TUF branded product, the motherboard has a 5-year warranty and premium selection of components featuring a longer lifespan. In terms of expansion slots, the motherboard has four PCI-E x16 2.0, of which three are wired to the 990FX chip. These run at X16/0/x16 or x16/x8/x8. There’s also five SATA 6Gb/s ports, 8-channel audio and Gigabit Ethernet in the form of the Intel I211V controller. When you consider the motherboard has a huge array of features and a gorgeous design, it’s the perfect choice for someone wanting to use their existing AM3+ processor. 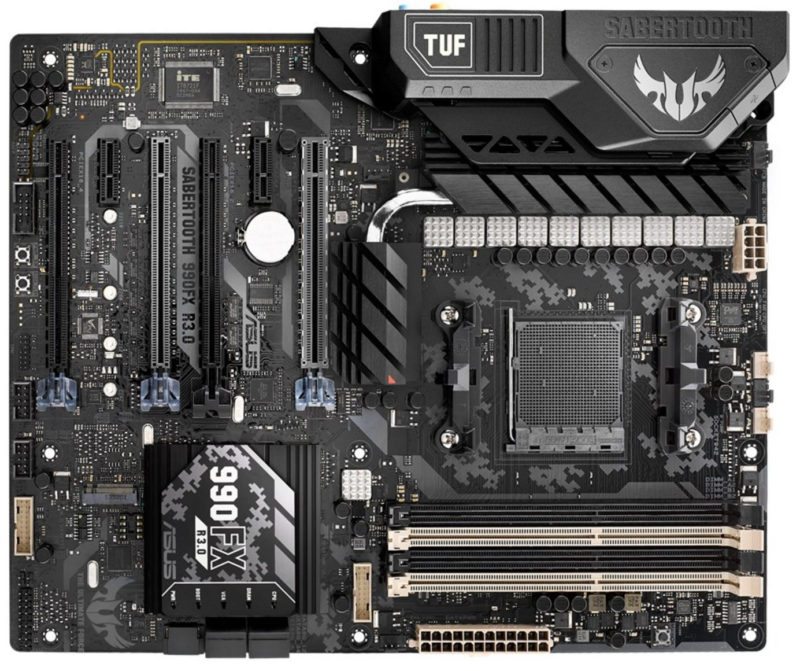