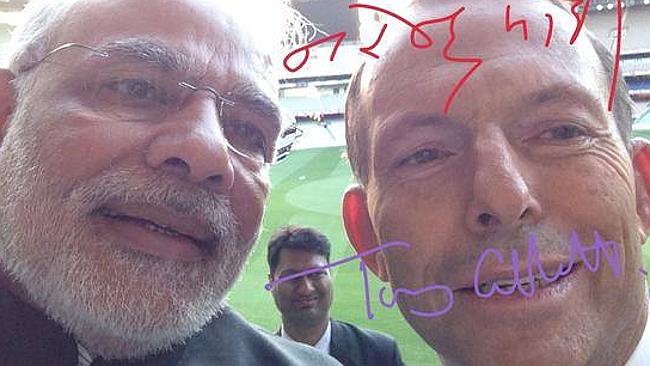 Recently, Australian Prime Minister Tony Abbott has been receiving a lot of hate from the Australian public, with people noticing that the bulk of his Facebook likes were residents of India – ok lets be honest, he always receives hate no matter what.

This brought upon allegations that Mr. Abbott and his management were using a commonly seen scheme to purchase cheap ‘bot’ Facebook likes from various organizations in order to bolster his public appearance and make it look much more appealing to the unwary public. However, new news has come to light that apparently this bolstering of fans is due to a ‘selfie’ posted with the Indian Prime Minister, taken around the time of the recent G20 visit.

This image was taken in Victoria, Australia at the famous Melbourne Cricket Ground (MCG) and saw Abbott’s fan-base skyrocket in New Delhi – ranking amongst the #1 location for all of his fans around the world. The original allegations were first brought to light by a local comedy duo called “The Bondi Hipsters“. 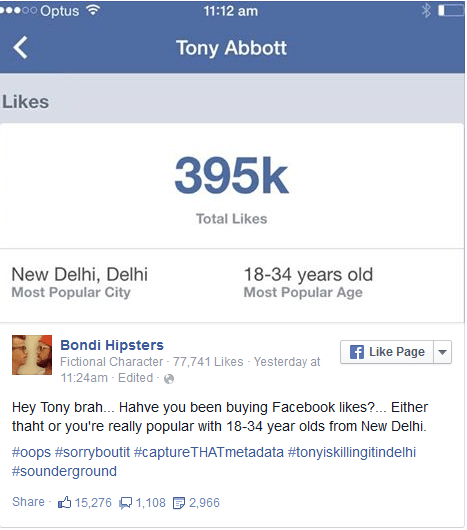 When confronted on this speculation, a spokesperson for Mr. Abbott claimed that the likes were due to the selfie being promoted by Indian Prime Minister and no like purchasing had taken place.

“It is no secret that the Prime Minister hosted a number of world leaders in recent times, including Indian Prime Minister Narendra Modi. These visits attracted large international audiences to the Prime Minister’s social media channels, thus generating a spike in organic engagement with the page.”