Virtual Reality and Augmented Reality can only get so immersive without some tactile feedback so AxonVR has made it their mission to bring haptics into these environments with their HaptX platform. While virtual and augmented reality are sight-based simulations, haptic feedback interfaces with the user’s skin providing tactile, vibrating, thermally variable and pressure sensitive response that elevate the immersive experience significantly. The AxonVR team has been developing this technology for the past four years, and has built their haptic engine on top of NVIDIA’s PhysX core. PhysX provides highly precise rigid body simulation and also its GPU acceleration capability allows for the physics calculations to be performed fast resulting in real-time haptic simulations. The technology is even sophisticated enough that it can discern micro-textures on the virtual surface texture that is not visible with the naked eye. 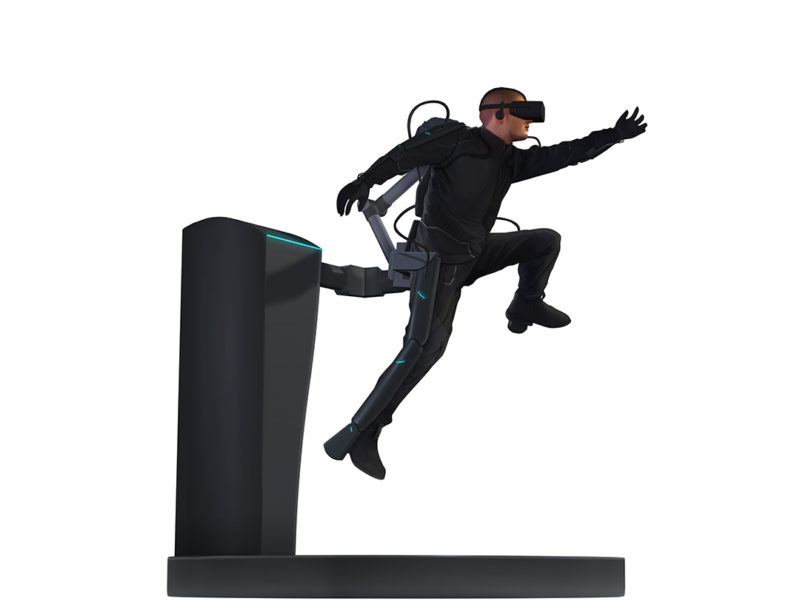 Due to limitations in physics (heat simply cannot just be created from thin air), the HaptX is able to simulate thermal feedback by equipping it with a patent-pending microfluidic technology. Temperature simulation is enabled via heated up or cooled down liquid in small reservoirs which then flow all over tiny channels on the HaptX. Although it can heat convincingly, it is perfectly safe and will not cause burn injuries. AxonVR claims that their solution’s thermal feedback can accurately simulate the sensation of hands warming over an open fire, as well as touching a frozen car door on a winter day.

This technology has a much wider range of application than just simply for gaming of course. Having a full interactive body suit in a virtual reality would make for a great training tool in the military for example. AxonVR’s HaptX textile can integrate easily into wearables such as gloves or body suits, and the HaptX SDK offered by AxonVR makes it easier to integrate the functionality in game engines.