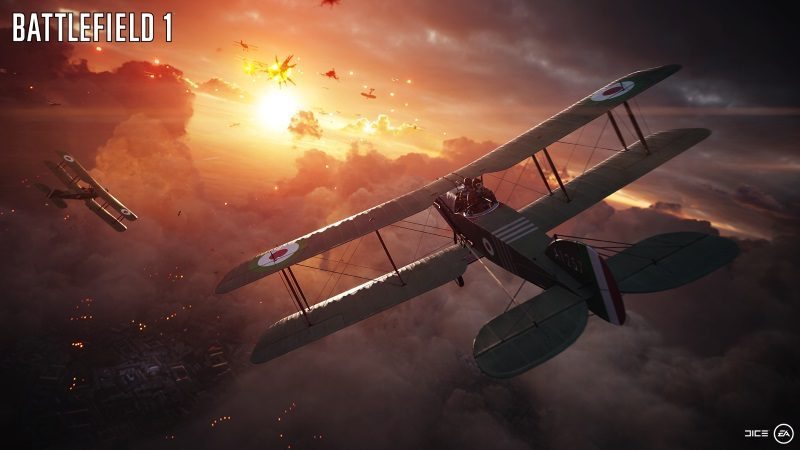 The Battlefield franchise has a rich heritage on the PC platform and pushed the visual boundaries further with each release. DICE’s commitment to creating the most realistic cinematic audio and astounding lighting effects never ceases to amaze. Over the years, the Battlefield games have embraced destructible environments and a chaotic multiplayer experience. The latest entry is based on the First World War and aims to bring trench warfare to life. Traditionally, developers shied away from this historical period because attritional warfare wasn’t particularly exciting and difficult to emulate in a video game. Despite this, DICE forged ahead and ensured Battlefield 1 was a relatively accurate historical portrayal without impacting on the overall fun factor. As expected, the game received widespread critical acclaim and is commonly perceived as a modern classic.

From a technical standpoint, Battlefield 1 is a modern marvel and supports the latest API. Given AMD’s strong showing in other DirectX 12 performance assessments, I’m interested to see how their graphics range compares against NVIDIA offerings. Also, it’s important to analyse Battlefield 1’s optimisation and provide readers with an indication of the kind of experience they can expect across contrasting performance tiers. Traditionally, Battlefield games run quite well although Battlefield 4 was a noticeable exception and marred by irritating crashes. Thankfully, Battlefield 1 resigns this into the history books and helps to restore DICE’s reputation.