BIOSTAR has released the latest mainboard based on their exclusive A70M chipset from AMD, the TA70U3-LSP. The ATX sized motherboard is FM2+ based and comes with USB 3.0, SATA 3 and built in LAN Surge Protection among others.

The motherboard supports dual and quad core FM2+/FM2 processors, A-series, and E2-series processors and up to 32GB DDR3 RAM.

It has one PCI-E x16 3.0, two PCI-E x1 2.0, and three PCI expansion slots as well as six SATA connectors, one USB3 and two USB 2 headers. Gigabit Ethernet and 5.1 channel audio are also part of the deal. The TA70U3-LSP supports AMD Dual Graphics Technology and also has support for full HDMI 3D 1080p.

The LSP of the product name stands for Lan Surge Protection and that is done by adding extra integrated chips directly into the board to strengthen electrical stability. 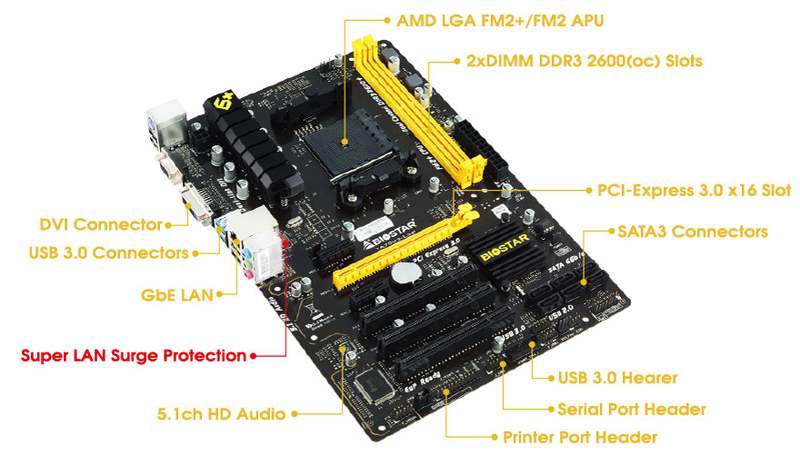 Like all motherboards, it comes with a long list of exclusive features. BIOSTAR offers their SmartSpeedLan, ChargeBooster, BIO-Remote, BIOS malware protection and recovery. It’s also built with 100% solid capacitors.

No word on pricing or availability yet. But since they say it is released, it’s only a matter of time before it arrives at retailers around the world.

Thanks to BIOSTAR for providing us with this information