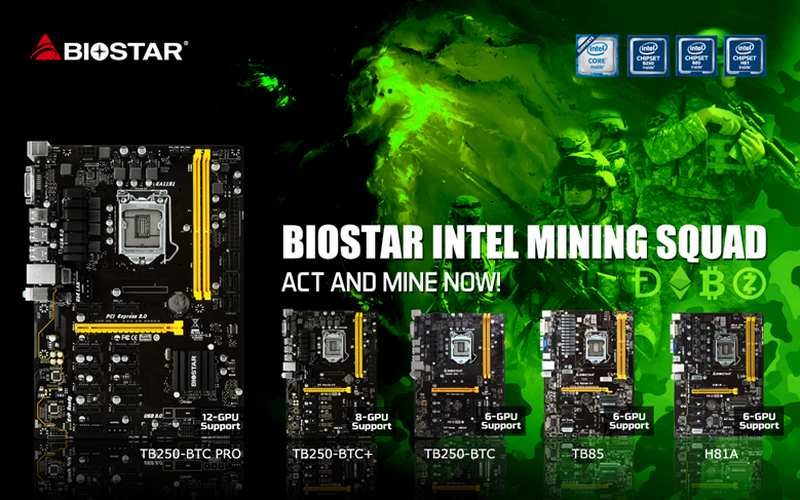 Even though Biostar is enjoying a growing Gaming-centric product line with their Racing series, they also seem to be doing well with their mining board line. Even before the recent cryptocurrency mining craze kicked into high-gear again, Biostar has been touting the virtues of mining specific products. In fact they were the only motherboard manufacturer with a mining motherboard on display at their Computex 2017 booth. They have a reinforced mining product line with several options but now, they have also partnered up with ethOS. The Linux-based 64-bit operating system is specifically made for mining and features a painless setup. 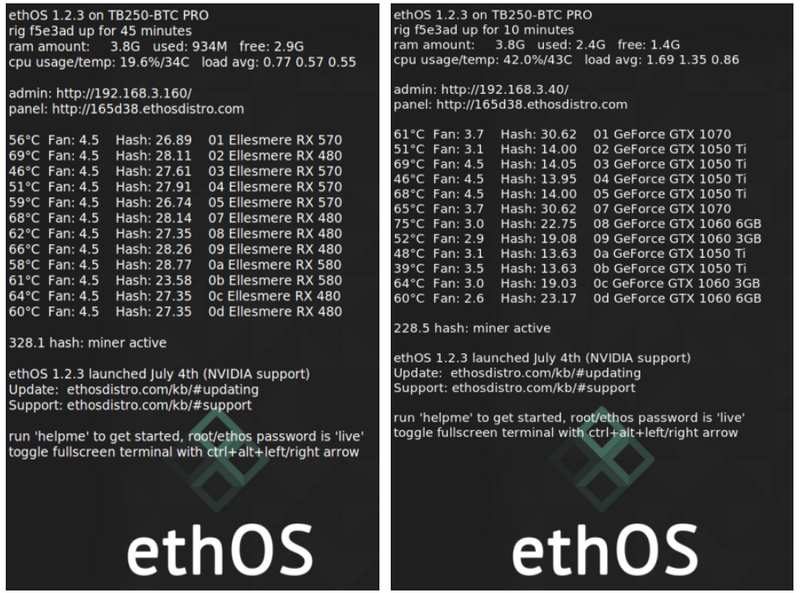 ethOS requires no driver installation or Windows configuration. It does not even need to compile any software. Users can just assemble the mining system with ethOS and start mining ones it boots. Each rig requires a single ethOS mining OS license however for $39.99 in addition to the cost of the hardware. It is available for digital download from Digital Shack as a 1GB compressed file which expands to a 16GB image. 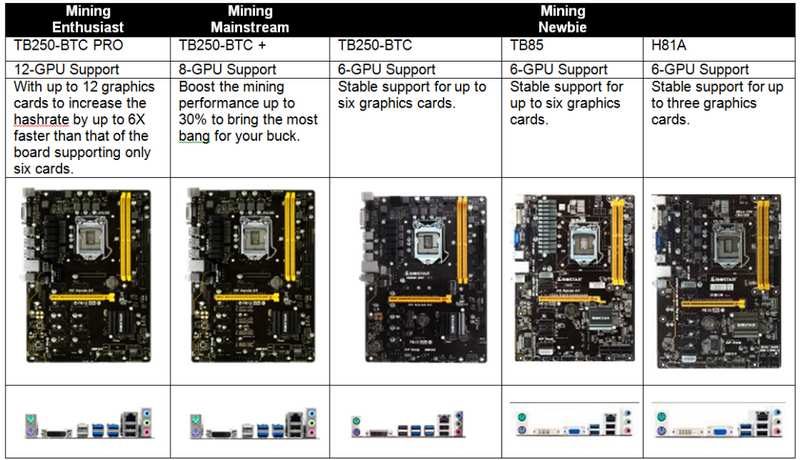 In terms of which motherboard to use, Biostar provides three levels for various mining purposes just on the Intel side alone. They also have several AMD products for mining available. Power users can take advantage of the 12-GPU supporting TB250-BTC PRO. New miners would do well to go for the TB85 and H81A motherboards however supporting six and three GPUs respectively.