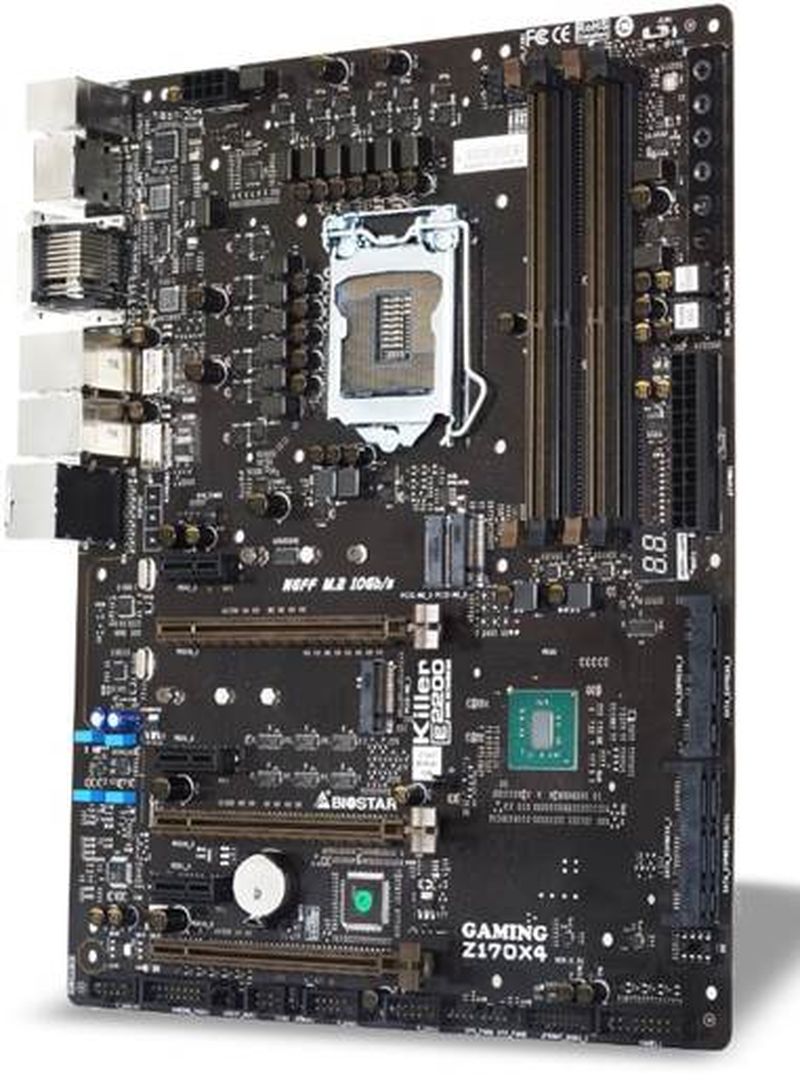 Computex is just around the corner and the excitement is rising everywhere. We know that we’ll see a lot of new products ranging from blazing fast NVMe storage drives to motherboards built around Intel’s newest platform.

BIOSTAR is ready with a full lineup of motherboards with the new Intel 100 chipsets, Z170, H170 and B150 with support for Intel’s 6th generation Core processors.

The new press release talks most about current generation products such as the Nvidia GTX 900 series and Intel Z79 motherboards, but included was the above low-resolution image picturing one of the new motherboards.

The image might be low resolution, but we can still glance some information from it. The chipset/southbridge is exposed in the shot, showing us the actual chip that otherwise is hidden below a heatsink. We can also spot what looks to be three SATA Express connectors and three M.2 connectors for your storage. Two legacy SATA3 ports are supported within the SATA Express connector, so that part is covered as well.

The networking is powered by a KillerNic 2200 and the audio card is separated from the rest of the motherboard to prevent interference. The BIOSTAR Gaming Z170x4 motherboard comes with three PCIe x16 and three PCIe x1 slots for your expansion cards.