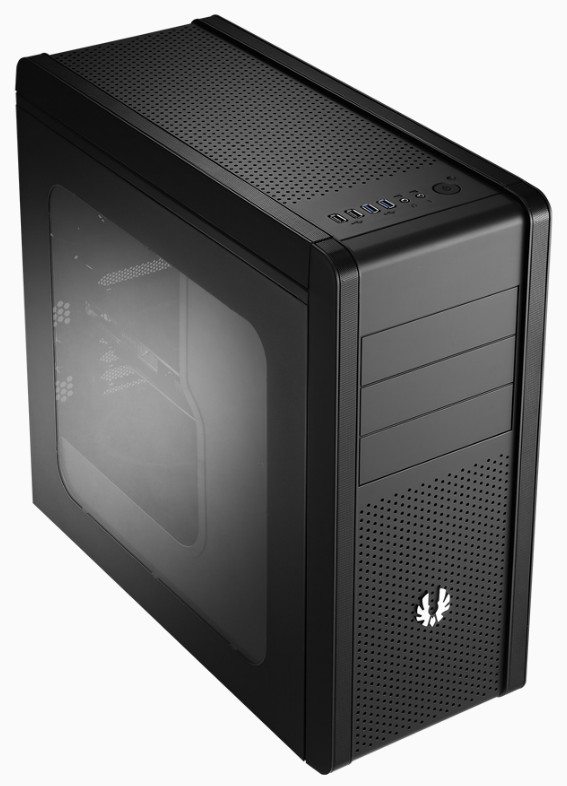 We first got a glimpse of BitFenix’s new Ronic PC Case back at Computex and now BitFenix have finally gotten around to releasing this new case to the consumer market. The Ronin is an mid-tower case by BitFenix and it will come in black only for the time being. There is support for up to ATX motherboards but also micro-ATX and mini-ITX. BitFenix have constructed this case out of plastic and steel and it measures in at 270 by 560 by 530mm. 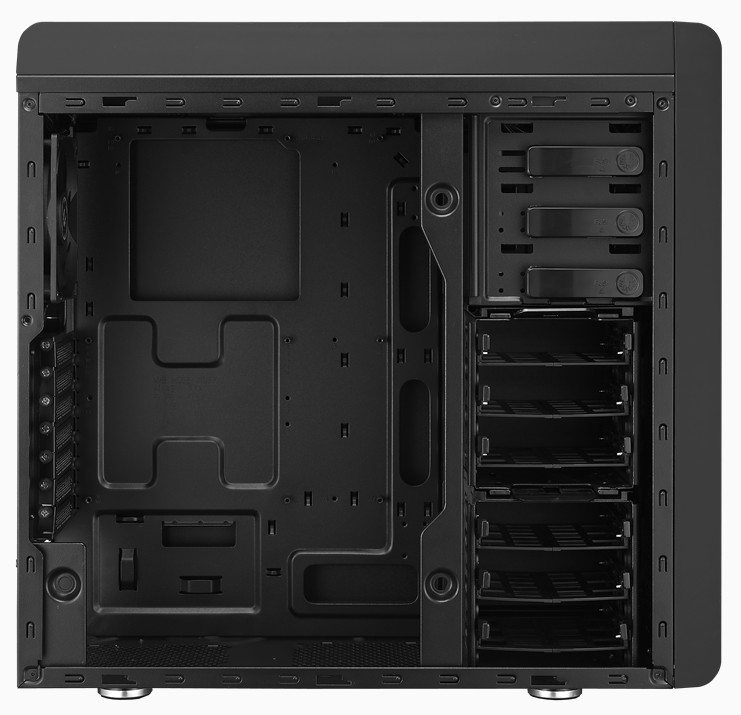 The case has been decked out for a fair amount of cooling with support for 1 bottom 120mm fan, 2 top 120/140mm fans, 1 rear 120mm fan and 2 front 120mm fans. Of those only single front and rear 120mm fans are included. With seven PCI brackets you’ve got support for up to 3 way SLI/CFX depending on your motherboard configuration. There are 3 external front 5.25″ bays and six 3.5″ internal drive bays in two cages of three which are both removable using BitFenix’s “FlexCage” feature. 2.5 inch drive support is provided in the 3.5 inch drive bays.

BitFenix claim 240mm radiator support at the top which is great for users of AIOs like the Corsair H100(i). Graphics cards up to 420mm are supported with a hard drive cage removed. Other than that the design is very simple and traditionally clean in BitFenix fashion. Expect availability from mid July and pricing will be announced nearer the launch.