In recent years we’ve seen a lot of beloved anime/manga franchises get the live-action treatment. Generally, they have all had one thing in common. They’ve been pretty terrible. Well, following the release of the Bleach adaptation on Netflix earlier this week, I decided that my wife and I would sit down and check it out.

My expectations were not, and honestly, I was hugely surprised by the film. Don’t worry! Surprised in a good way!

Even my wife (who initially referred to the protagonist as ‘Itchy-Goo’ and has never watched Bleach) found it more than enjoyable!

Getting Right What Others Got Wrong

The two best-known anime/manga adaptations recently have been the ‘Full Metal Alchemist’ and the US version of ‘DeathNote’. Now, the less said about the latter the better. Let’s just call it another example of America butchering a classic (being British, I’ve seen that a lot). Full Metal Alchemist, however, was just disappointing more than bad. It had so much potential but felt like it blew its entire special effects budget within the first 20 minutes and concentrated on some of the more boring content. They both, however, suffered from one common issue and that was trying to get too much into too short a period of time!

This is where Bleach has been smart. Instead of trying to cram 350+ episodes of anime in a film, they’ve concentrated on the most logical arc. An arc which, incidentally, forms the first season of the anime. By doing this, they have a nice tight story that works surprisingly well.

Perhaps the biggest positive for the movie adaptation though is that it hasn’t deviated too far from the source material. When the film does seem like it’s going off on a tangent, it’s quickly pulled back into line. This happens consistently throughout the film. Unlike FMA that too easily got distracted, every time it looks like it might happen in Bleach, it doesn’t.

The casting choices are fairly decent although Chad isn’t quite the brick sh*t house he is in the manga or anime. Incidentally, I didn’t much like the Byakuya Kuchiki character either. I think this is the only mistake they made in the film as he’s portrayed as being cruel rather than cold. Kon isn’t in it, and to me, that’s a smart decision. His inclusion could’ve easily have sent this down unnecessary avenues.

I would, however, say that that this is the best adaptation since the original live-action DeathNote’s. That would be the Japanese version though (which incidentally I think had a much better ending than the anime/manga).

It’s available to watch now on Netflix. Grab some snacks, turn on the TV and go with it for 1 hour 40. You won’t be disappointed! 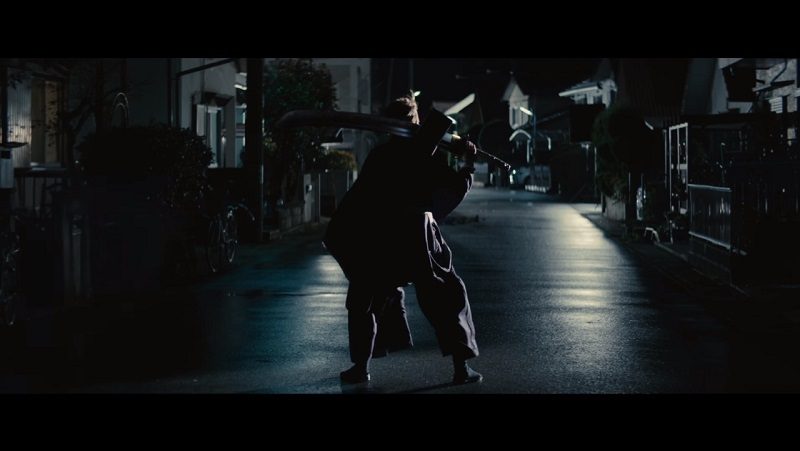