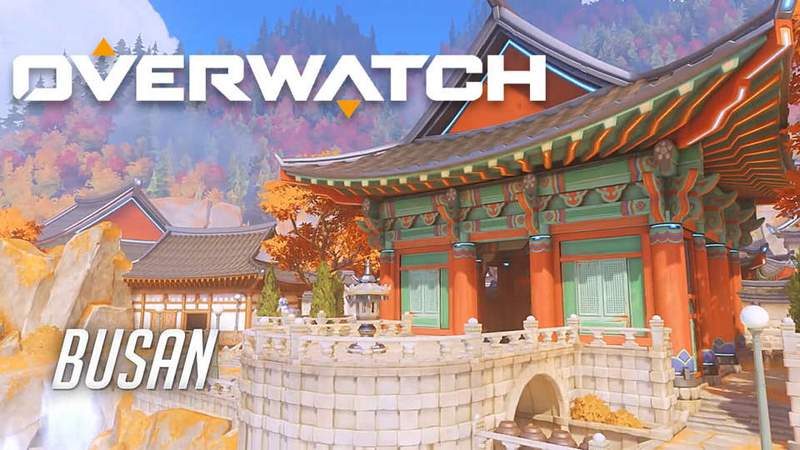 Overwatch has released two new Korean-centric content recently. One of which is the latest map set in Busan, and the other is a cinematic featuring Korean superstar D.Va. This cinematic short gives fans a look into the life of the actress/eSports athelete turned mech-pilot. It especially focuses on her efforts to thwart the Omnic invaders as a member of MEKA, South Korea’s mobile Exoforce.

You can watch the cinematic below and even watch out for a preview of D.Va’s upcoming, unannounced new skin at the very end.

The new control map however, is not quite live yet on the main servers. However, it is now playable with the latest patch on the Public Test Region (PTR) servers. This is presumably D.Va’s home base and it is chockful of details, moreso than any other map before.

If parts of the map seems familiar, that is because it is based on Overwatch fan Joshua Llorente’s Busan concept map. The new control map however, is much more expansive, especially compared to other control maps like Lijang Tower and Nepal. There are lots of nooks and crannies and it even has an arcade with character interactive machines in the spawn area. Furthermore, there is a train at the end, which is a sly nod to the popular Korean Zombie flick ‘Train to Busan’.

When Will This Map Be Playable on Main Servers?

It usually takes a few weeks before a new map is playable on the main servers. The previous most recent map Rialto took a month from PTR to main servers for example. It will most likely go live at the same time as the start of Season 11 of the Competitive Mode. Both Season 10 and the Summer Games event themselves will wrap up on August 30.