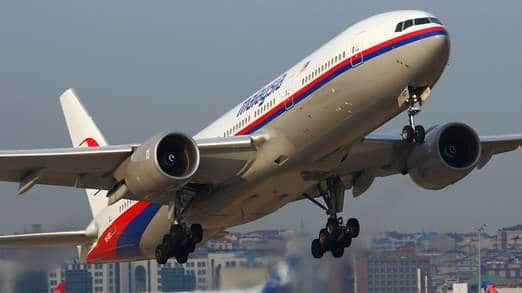 Reports and information is currently coming in that Malaysian Airlines flight MH17 has been shot down from its cruising altitude of 33,000ft over the Ukraine close to the city of Poltava.

As seen in the image below which was recently tweeted by online flight tracker Flightradar24, the Boeing 777 airliner was flying at a steady altitude of 33,000ft before its tracker stopped transmitting and the plane disappeared off the map.

Cruising at 476kts, the flight was on its way to Kuala Lumpur after shortly taking off from Amsterdam at the moment that it was taken down by a Buk surface to air missile system. Conformation on the missile launch was given shortly after by Ukraine’s interior ministry advisor Anton Gerashchenko. All 295 people on board the flight are presumed dead as the plane fell to the ground. 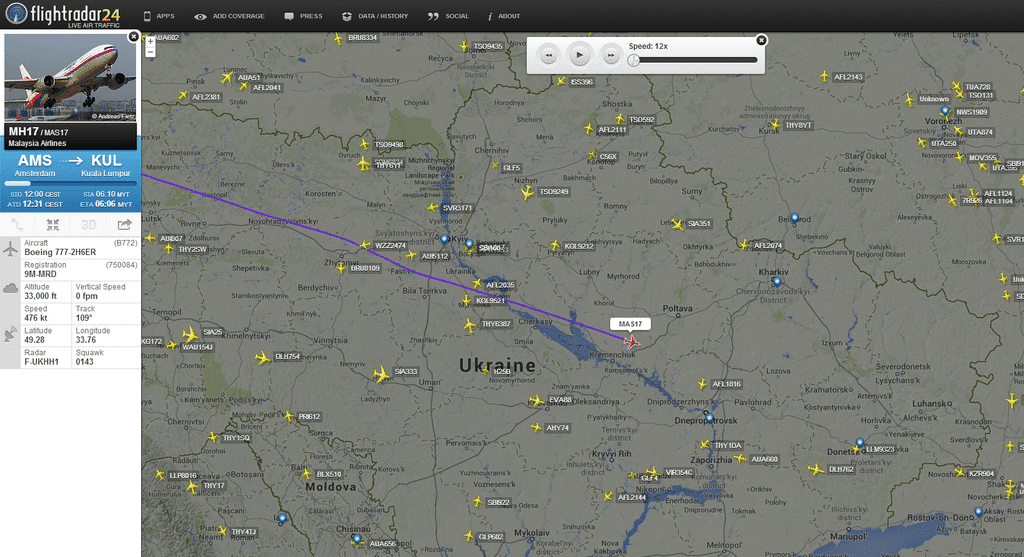