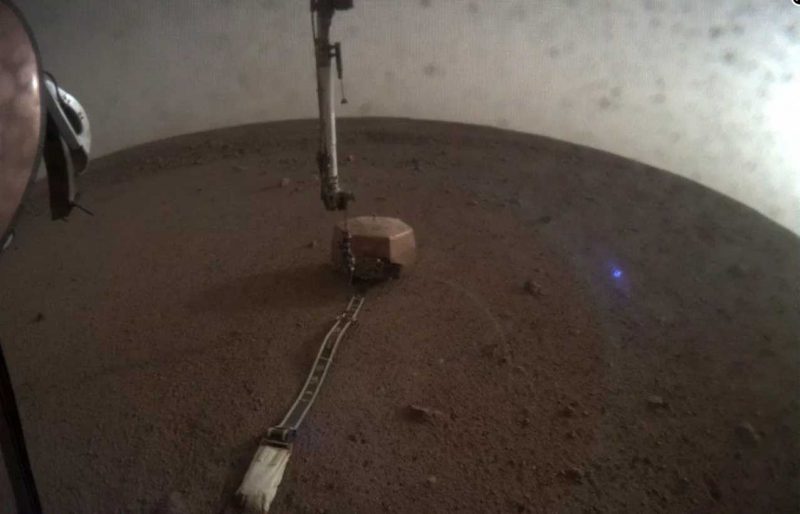 Since successfully landing on the surface of Mars in late November, the NASA InSight probe has already been sending a number of remarkable images back to Earth. It seems, however, that one image has caught the attention of someone who is more than a little associated with space.

Yes, Captain Kirk himself (William Shatner) asked NASA a question surrounding a recent image released by the space agency from the surface of the Red Planet. They were, however, more than happy to oblige him with a response explaining it!

In a Twitter post, William Shatner noticed a blue dot located just to the right of the centre of the image. Admittedly, it was a bit strange, but NASA had a perfectly reasonable explanation for it. No, it’s not Aliens either.

Responding to the post, NASA confirmed that this wasn’t anything out of the ordinary. Instead, a bit of lens flare from the Sun had caused the unintended effect in the photograph. It is, however, great to see that firstly William Shatner asked the question, but also that NASA took the time to give him a detailed response.

At present, the InSight probe has only been on Mars for about 2 months so it is still very early in its expedition. We do, however, hope that in the coming year we get to see far more images and information appertaining to what we discover about the planet. Despite it being early days though, it’s nice to see some amusing discourse on the subject!