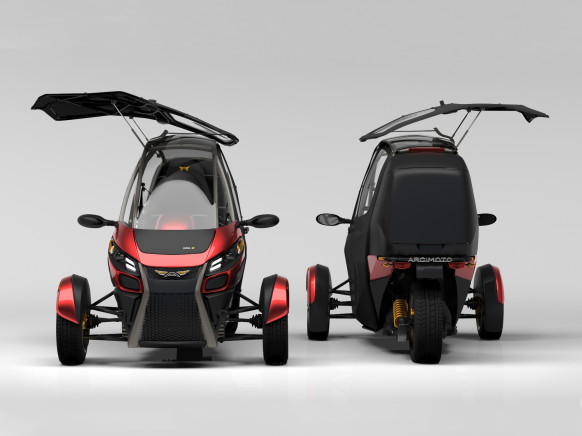 Electric cars are all the rage these days. With big companies like Tesla and even public transport like buses and shuttles in airports and between towns. So why do the public not take up electric cars if they are cheaper to run and better for the environment? Two big problems, first being that the batteries drain quickly and secondly the cost of the cars; one man hopes to have solved the second problem.

Mark Frohmayers came up with the idea eight years ago, the idea of creating an electric vehicle that would be great for a little runaround and would come in quite cheaply. With all the companies building large vehicles, Frohmayers saw a gap in the market where people could just afford a simple electric vehicle.

Arcimoto was born, a start-up for affordable electric vehicles, and has since shown off a few three-wheeled prototypes, but sadly over the eight years the company never quite felt happy with the overall goal. That was until now, with a car that meets all the criteria they set out, and it will cost less than $12,000 (£7772 approximately).

Their latest model, the SRK, ditches the steering wheel. The three-wheeled vehicle features two seats and the vehicle is officially classed as a motorcycle and features a range of 70 miles with speeds up to 85miles per hour. Only 105 inches long, the vehicle fits in small spaces and with the option to fully enclose the SRK (instead of the frame style protective shell).

Could you see yourself commuting to work on an SRK? Or would you need a little more distance and power? Could you ever see yourself getting a run around vehicle such as this or will you always want something to carry you and the family on holiday?