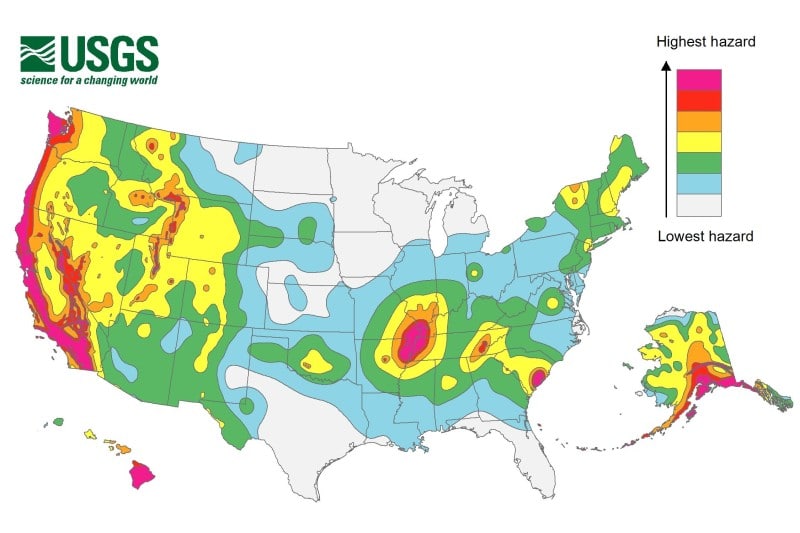 Predicting when an earthquake will happen is still something that proves near impossible for researchers, if we could, then we would be able to save a lot of lives from the dangers of some of the bigger earth quakes that happen around the world each year. However, we can access the hazard and potential threat of earthquakes in a particular area.

A new map for the U.S. Geological Survey is the most up-to-date hazard assessment for a temblor in your area and beyond. The map uses data from more than 100 years of global earthquake observations to highlight areas that are most likely to suffer from earthquakes.

The new data suggests that the New Madrid Seismic Zone, which covers areas such as southern Illinois to northern Louisiana, is more capable to yield a quake over a broader area than previously assumed. Whilst areas such as Irvine, Santa Barbara, Oakland, California and New York City have had their risk slightly downgraded since the last survey in 2008.

The 16 states in the US that are at the highest risk are Alaska, Arkansas, California, Hawaii, Idaho, Illinois, Kentucky, Missouri, Montana, Nevada, Oregon, South Carolina, Tennessee, Utah, Washington, and Wyoming.

Thank you Popsci for providing us with this information.