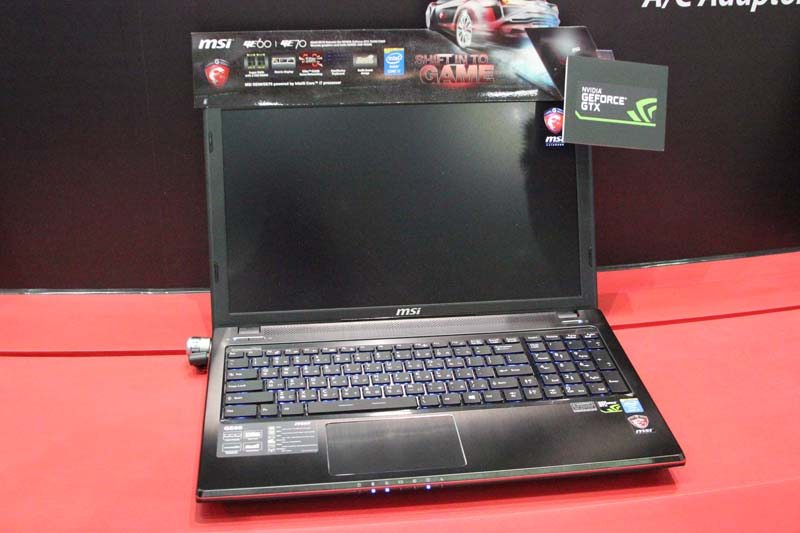 MSI’s gaming notebooks are some of the most famous in the industry and today they showed us their updated GE60 gaming notebook that now includes Intel Haswell mobile and the Nvidia GTX 700M mobile GPUs. On the CPU side the display model opted for an Intel Core i7 4700MQ processor (Intel seems to have flipped from QM to MQ with their CPU branding), the GPU is Nvidia’s newly announced GTX 765M with 2GB of GDDR5 memory and this powers a full non glare 1080p 15.6 inch display. 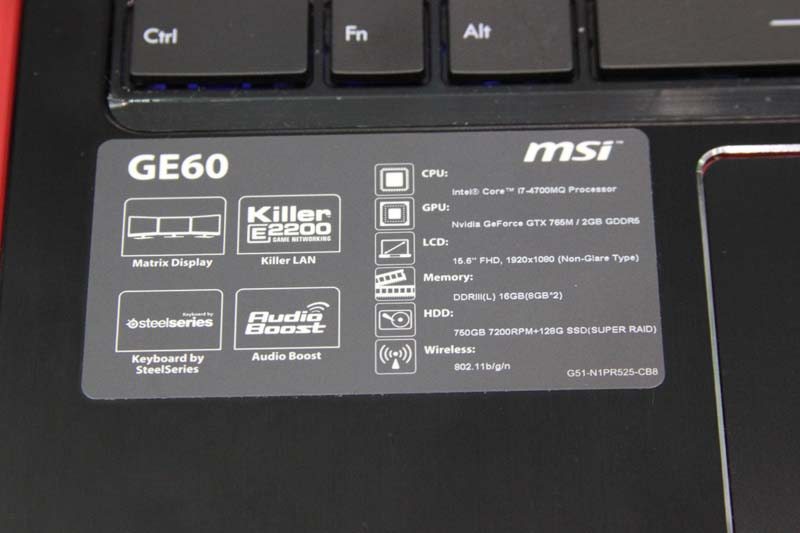 There is 8GB of DDR3 RAM, a 750GB mechanical hard drive and a 128GB SSD. WiFi is provided through a 802.11 b/g/n chip and there is a Killer Nic implementation, the E2200, on the LAN port. MSI have also opted for a SteelSeries keyboard again and this is a recurring feature on their gaming notebooks. 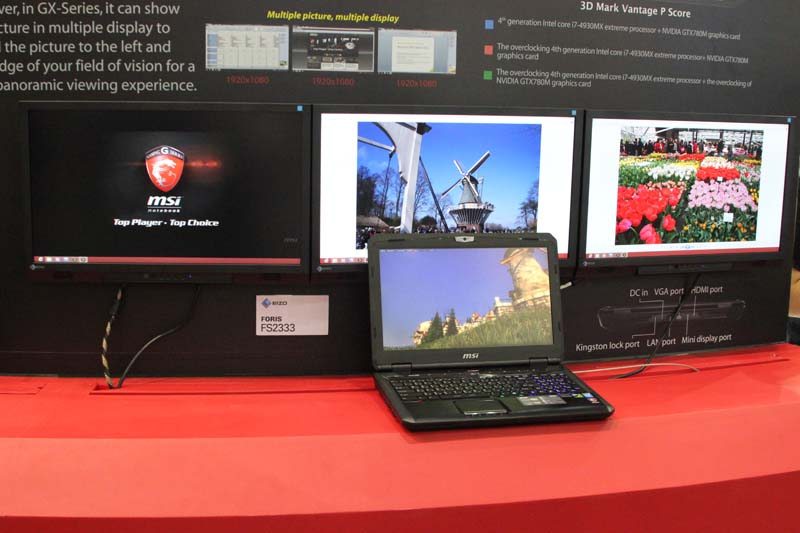 The MSI Matrix display feature also comes with the GE60 gaming notebook and this allows it to power up to 3 displays in addition to its own display. This largely down to the power of the Nvidia GTX 765M GPU but also thanks to some MSI software and hardware tweaking.