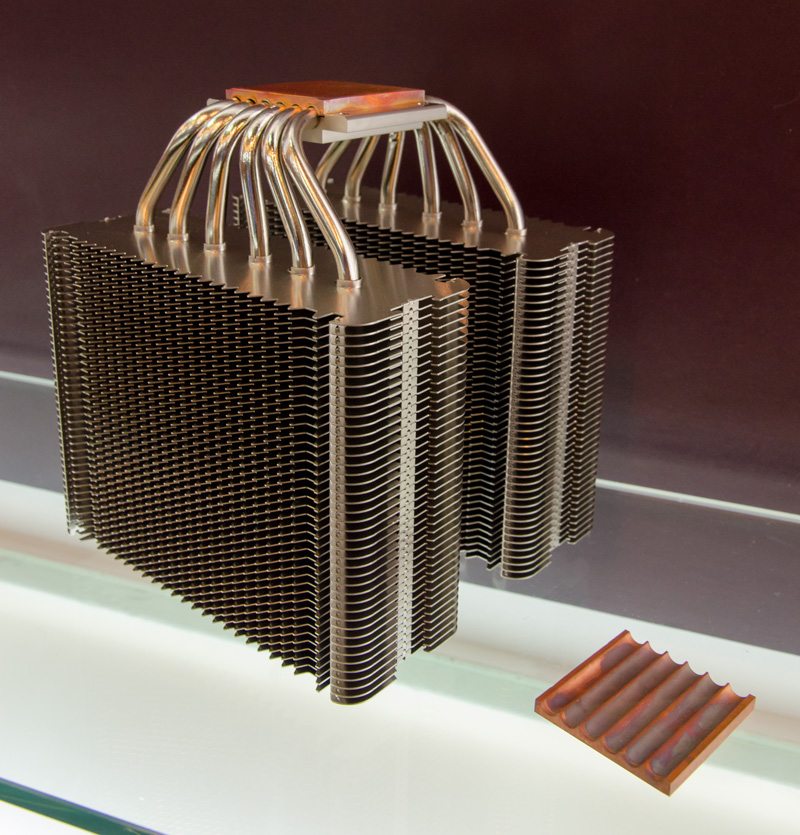 In the CPU cooler market we have been stuck using the same copper CPU base plate technology now since time immemorial for all types of CPU coolers, be it liquid or air. After the very early move from aluminium to copper CPU coolers in the early 2000s we have been there ever since with very little innovation except maybe nickel plating and direct contact heat pipes.

However, at Computex Noctua has been showing us a copper-diamond heatsink base. Essentially it is a base plate for a CPU cooler made using pure copper and diamond powder which is then hot-pressed using state of the art technology. This features 500W/mK of thermal conductivity, which is 25% higher than copper, and gives better heat distribution than a traditional copper base. This allows for more efficient spreading of thermal load across the entire base and thus more efficient use of all the heat pipes for better cooling. 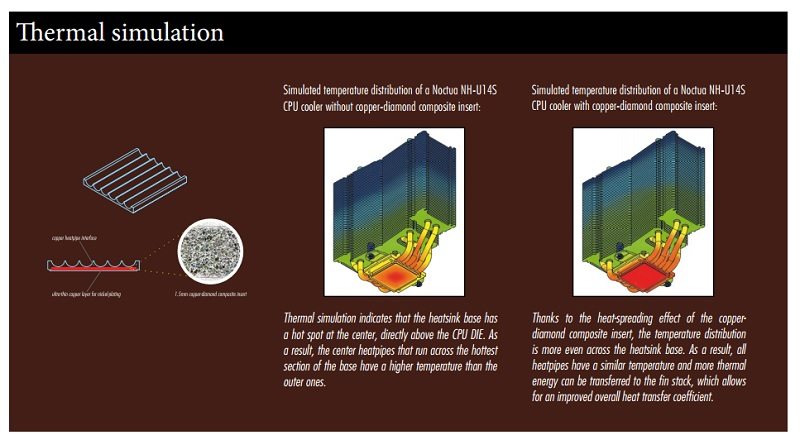