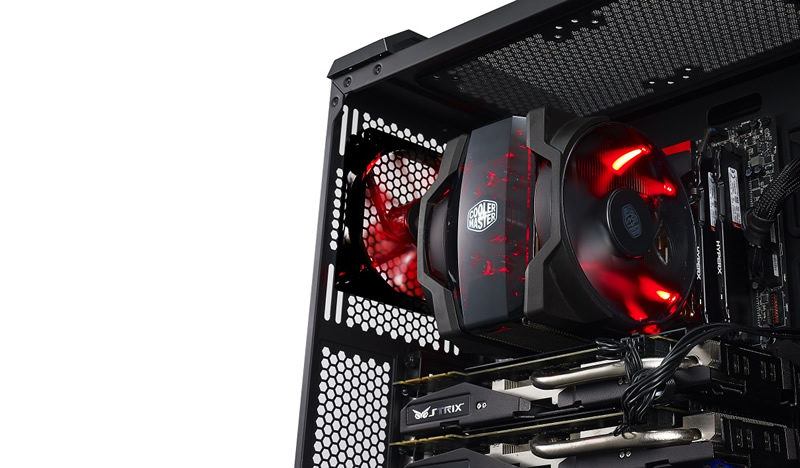 With new CPUs and motherboards released recently in the form of Intel Kaby Lake Z270 and AMD Ryzen AM4, some users are left wondering whether their existing or planned CPU cooler purchase will be compatible. To ease this anxiety, Cooler Master has released a component compatibility chart for their existing air and liquid CPU cooler line. Since Intel Kaby lake is using the same LGA1151 socket size, any CPU cooler compatible with Skylake will be compatible as well so this means every single Cooler Master CPU cooler will be able to fit. Please note that the Kaby Lake i7-7700K runs at particularly high temperatures at stock since they are basically an higher clocked Skylake i7-6700K like the i7-4790K Devil’s Canyon CPUs were to Haswell i7-4770K with some slight upgrades, so many air CPU coolers including some larger ones will not be adequate to cool it. 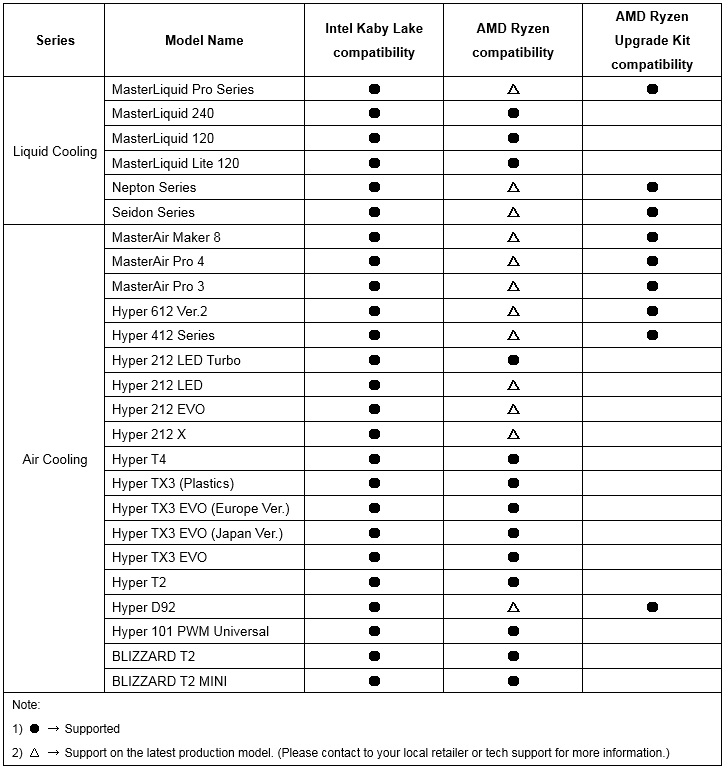 AMD Ryzen AM4 socket compatibility is a slightly different story. Coolers using a latch locking mechanism without the need to replace the stock backplate will still be compatible. This includes coolers such as AMD’s Wraith series since the distance to each built-in plastic latch is still the same as it is on FM2+ and AM3+. The mounting holes themselves are further apart however due to more pins required for Ryzen CPUs so the holes are spaced to accommodate more PCB traces connected to the CPU.