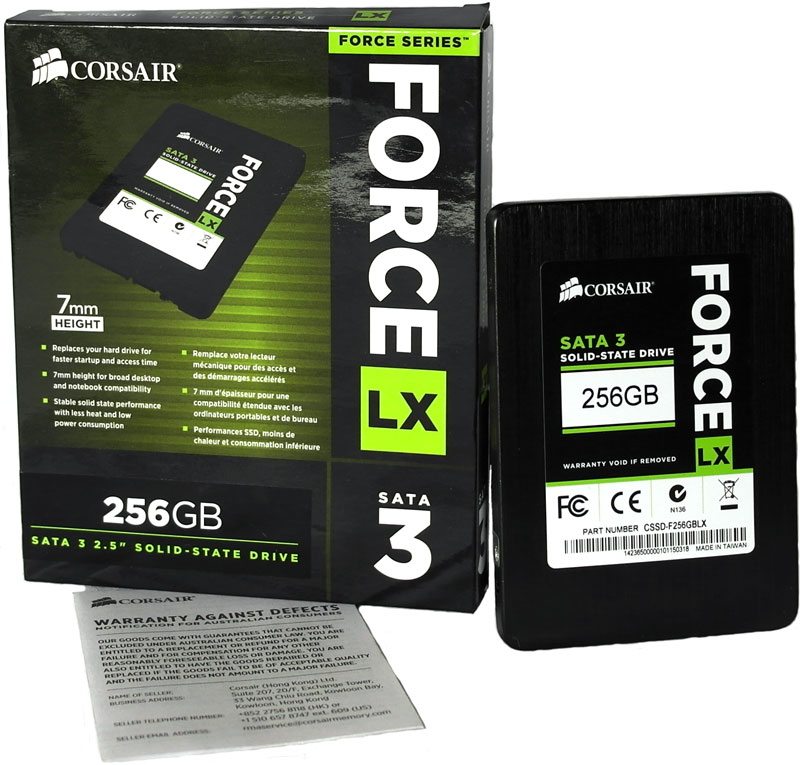 Corsair is known to provide us with a wide spectrum of Solid State Drives and we have already tested many of them in the past. Now the time has come for their newest entry level and budget drive in the Force family; the Corsair Force LX 256GB Solid State Drive (SSD).

There isn’t really any computer anywhere in the world that wouldn’t benefit from an upgrade of a solid state drive. You don’t need to have a brand new and high-end system to gain the benefits, even older system will benefit greatly in performance from such an upgrade. On top of that, it is one of the simplest and cheapest upgrades you can do. Solid state drive prices are dropping lower and lower all the time while the performance figures keep rising.

Corsair is trying a lot of new controllers since they moved away from the now out-dated SandForce controllers, and this drive is using a Silicon Motion controller. As comparison, their high-end and mainstream drives use the LAMD controller now. This drive also features Micron 20 nm MLC flash, and those two together should show us some stable figures. 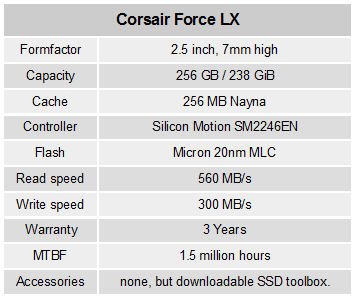 Being a Corsair Drive it comes bundled with the Corsair SSD Toolbox; a collection of useful tools and information-readouts about your solid state drive. While other drives in your system will show up in the tool, the core functions are restricted to Corsair disks, as to be expected. But that is OK, as each company provide tools for the important things in one way or another.

The Corsair SSD Toolbox has a very simple interface and doesn’t look to fancy. This is a great thing for a tool like that. You can read out all the basic drive information like firmware, size and raid setup. It also allows you to update the firmware of the drive, a thing that has gotten easier since we’ve put the SandForce controllers behind us. It’s to be noted that for drives released prior to the Force3 series , they need their own independent tools.

Corsair have also switched to making drives without over-provisioning, they have however given the users the option to do this themselves if they wish to. This can of course also be done via the SSD Toolbox. It also has a page for all the S.M.A.R.T. information and a cloning tool to duplicate your old system disk onto a brand new high speed SSD.

On user request they have also added a feature for manual and scheduled TRIM functions for garbage cleaning. The final function of the Toolbox is the secure wipe function, one that is great to have directly there instead of having to boot into a separate Unix/Linux system to do so.