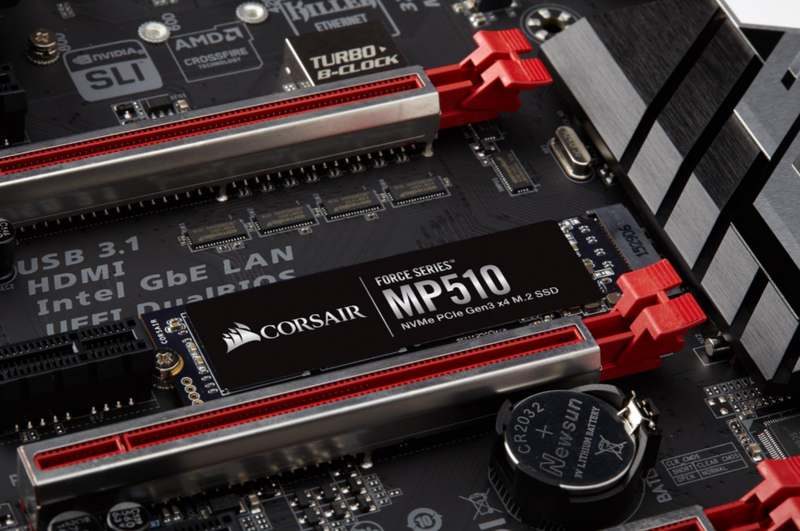 Corsair just launched their newest SSD today and it is called the Force MP510. It is, like so many other these days, an M.2 NVMe SSD – the new standard. It promises a great performance which rivals the fastest available consumer drives on the market.

Corsair built the MP510 with Phison’s PS5012-E12 controller, one of the best and the companies fastest controller. The controller is then paired with 15nm 3D TLC NAND for a combination of affordability and performance. Speaking of performance, the MP510 can deliver up to  3,480MB/sec sequential reads and up to 3,000MB/s sequential writes.

The random performance is equally impressive with up to 610K IOPS at 4K reads and 570K IOPS 4K writes. Those are some awesome numbers. We also got a sample in the office which just arrived, so we’ll put it to the test and see if it can keep up with that in our own benchmarks. But, I have no doubt that it can.

Corsair releases the MP510 in four capacity options, from 240GB to 2TB. With such a range, there should be one matching everyone’s needs.

While some capacities are slower, that’s normal and the same for any brand. Still, even the smallest drive delivers a great performance.

Endurance is a vital feature for any drive. After all, you want it to last a long time. The four capacity options come in at 400, 800, 1700, and 4120 TBW respectively. All four have an MTBF of 1.8 million hours and they’re backed by a great 5-year warranty. 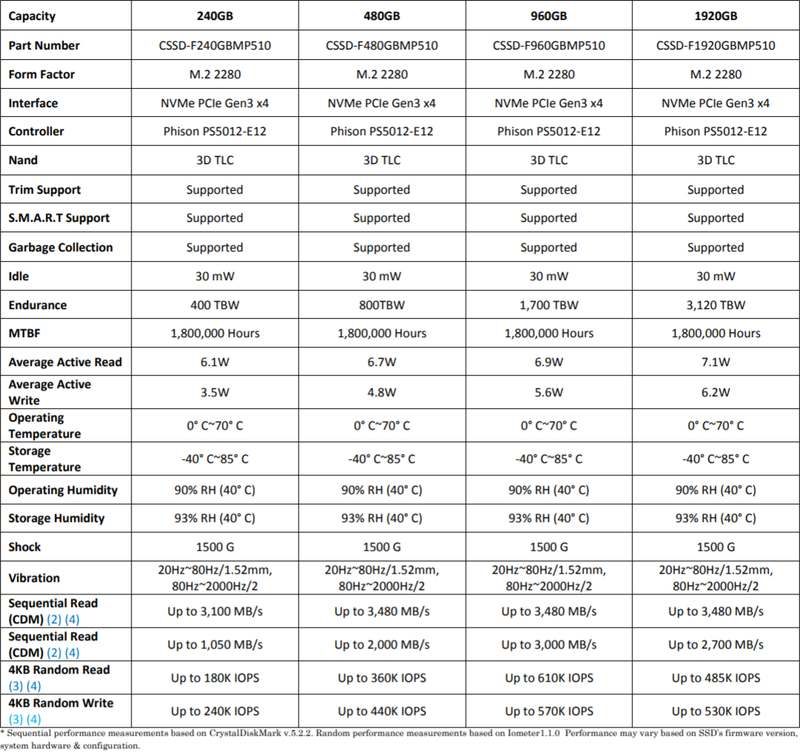