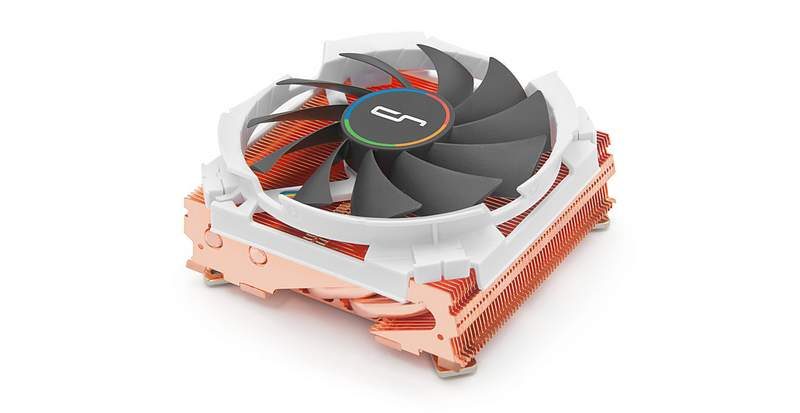 Cooling manufacturer CRYORIG first announced their Copper Cu line last year. Now they are launching the C7 Cu copper enhanced version, ideal for small form-factor ITX builds. In fact they have bundled this cooler before for those who backed their Taku crowd-funding campaign. It is also the same C7 cooler that has won several awards for innovation. This time, its all copper construction improves thermal performance further by up to 15%. Not to mention, it looks quite spectacular in comparison to the regular aluminium/nickel version.

What Features Does the CRYORIG C7 Cu Heatsink Have?

The CRYORIG C7 Cu measures 97 x 97mm and is only 47mm tall with the fan installed. Understandably, the C7 Cu is heavier than the regular C7, now weighing 675 grams. It has four 6mm copper heatpipes and its 57-piece copper fins are 0.4mm thick, spaced out with a 1.2mm gap between. The square zero-interference design allows for mounting in all directions, even on a mini-ITX motherboard without clashing on a component. 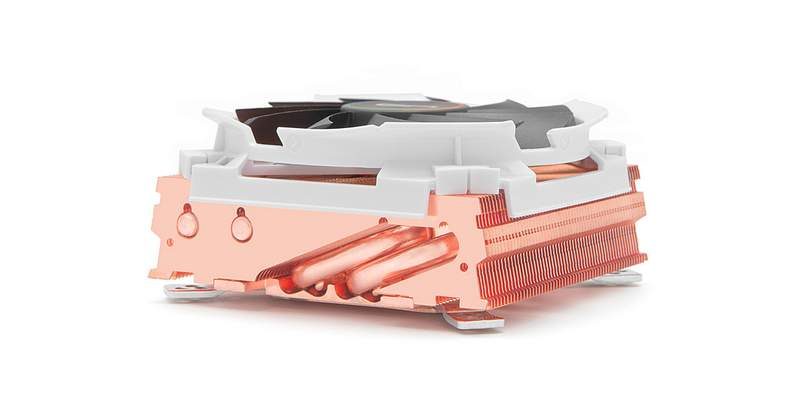 The pre-installed fan is unique to the C7. It is a 15mm thick slim 92mm fan. Typical fans are 25mm thick, so this saves 10mm in height. In terms of performance, this fan operates in PWM mode with a range of 600 ~ 2500 rpm. At the maximum speed, it produces a noise level of 30dBA as well as 2.8mm H2O of static pressure.

How Much is the C7 Cu Heatsink? 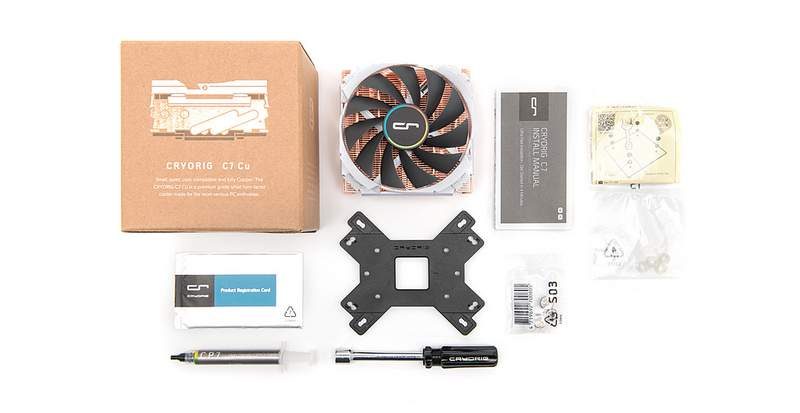