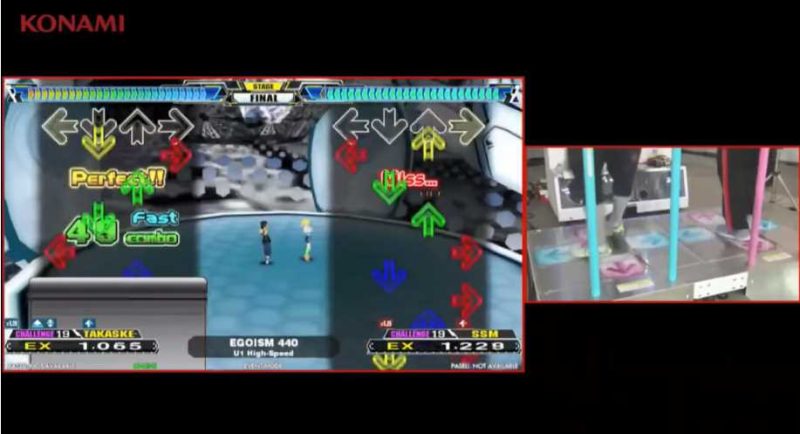 It’s been a fair while since I last played Dance Dance Revolution, but I can tell you now, I was more than a little talented at Cotten Eye Joe on Hard difficulty. Even if I did wear shoes that made me sound like a tap dancer having a seizure.

Watching the Dance Dance Revolution East Japan World Championship Qualifiers, however, you suddenly understand that no matter how talented you think you are, there’s always someone better than you!

This Aint No Cotton Eye Joe

The qualifiers, which were held last weekend, featured some of the best players not just in Japan, but in the world. Moving their feet at lightning speed with a pattern that your eye can not even keep up with, it’s pretty clear that these take the arcade classic pretty seriously. Even more so than those masochists who like to try and use their foot controls to complete video games.

How Hard Can It Be?

Well, lets put it this way, the final song ‘PARANOiA Revolution’ starts at a relatively brisk 180 beats per minute. By the end, however, this has doubled to 360. In most Dance Dance Revolution terms, this means that your feet will be pressing. It even has a Wiki page which considers it one of the most difficult songs in the 809 competitive catalogue.

So, if you want to enter next years tournament, you best get practising!

What do you think? Amazed by the video? Think you could do better? – Let us know in the comments!