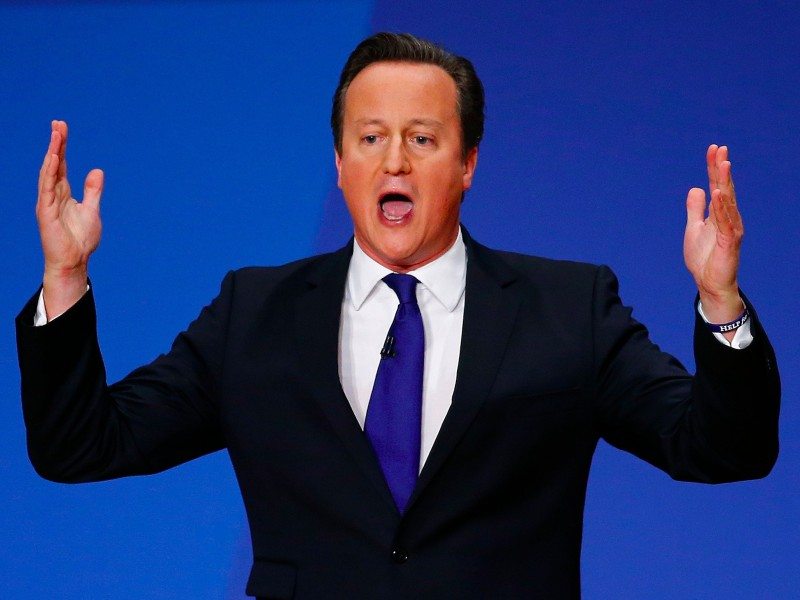 In an effort to out-Tory even himself, UK Prime Minister David Cameron has reaffirmed his intent to outlaw data encryption during Prime Minister’s Questions this week. Cameron thinks it’s an affront that we peasants be able to send data and communications to each other without that cannot be read by him. Because, y’know, terrorism.

In response to a question from Conservative shill Henry Bellingham MP, querying whether “companies such as Google, Facebook and Twitter […] understand that their current privacy policies are completely unsustainable?”, Cameron responded:

“Britain is not a state that is trying to search through everybody’s emails and invade their privacy … We just want to ensure that terrorists do not have a safe space in which to communicate. That is the challenge, and it is a challenge that will come in front of the House.

We have always been able, on the authority of the home secretary, to sign a warrant and intercept a phone call, a mobile phone call or other media communications, but the question we must ask ourselves is whether, as technology develops, we are content to leave a safe space—a new means of communication—for terrorists to communicate with each other.

My answer is no, we should not be, which means that we must look at all the new media being produced and ensure that, in every case, we are able, in extremis and on the signature of a warrant, to get to the bottom of what is going on.”

Cameron first voiced his intention to ban end-to-end encryption in the wake of the Charlie Hebdo massacre – because there’s nothing quite like using a tragedy to push your fascist agenda – when asked “we want to allow a means of communication between two people which even in extemis with a signed warrant from the home secretary personally that we cannot read?” he said, “My answer to that question is no, we must not. The first duty of any government is to keep our country and our people safe.”

It’s an age-old story by now: we should sacrifice our freedoms to fight our enemies. It’s not an easy, fearmongering excuse to spy on and control citizens, it’s for our own good. Yes, having rights that not even terrorists could affect taken away from us is “for our own good”. The US tried similar, dating back to the Nineties, and it didn’t stop the World Trade Center attacks in 2001.

So, say Cameron’s plan is enforced as law: either say goodbye to e-mail, instant messaging, online banking, and even credit and debit card transactions, or it’s farewell to privacy and security. It’s for our own good, y’know.

Thank you Business Insider for providing us with this information.