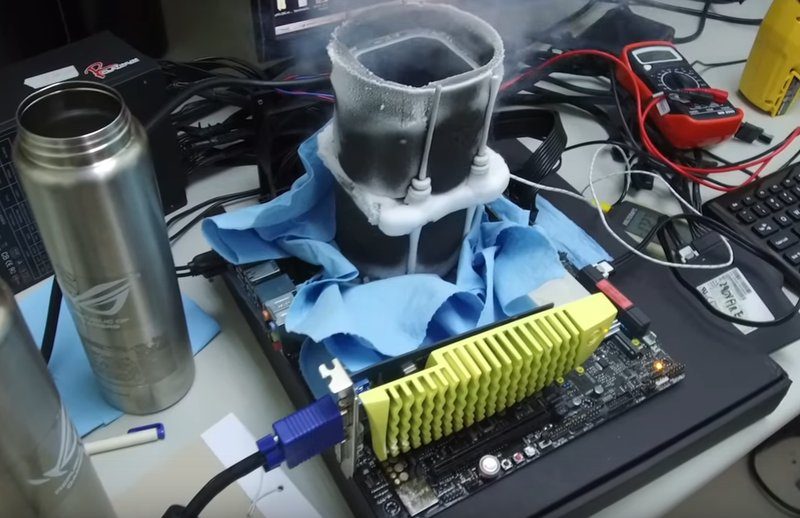 Professional overclocker der8auer is back with a new and impressive result as he managed to push the brand new AMD Ryzen 5 1600x processor close to 6GHz. It doesn’t come as a surprise that he’s one of the first to overclock this new CPU and also to get the 1st place in the HWbot rankings. He did a similar thing with the Ryzen 7 1800x when that was released.

In this first official attempt, der8auer managed to get the chip all the way to 5905.64 MHz. That was achieved with a 45.5 multiplier and 129.79 MHz bus speed. Naturally, the whole thing was done with liquid nitrogen as cooling, a thing that’s truly needed when you push the core voltage to around 1.95V. For comparison, that is +64.05% over the normal clock speed.

The result was done with all 6 cores and 12 threads enabled and that makes the score even more impressive. For the most part, hardcore overclocking is done with only 1 core enabled and any form of hyperthreading disabled. But not here and it really shows what these dies can do when pushed to the extremes.

The motherboard used was the ROG Crosshair VI Hero from ASUS that uses the X370 chipset. The memory was G.Skill, but not otherwise specified in details.

The below video is voice synced in English, so everyone should be able to enjoy it this time. In the past, we’ve often seen German voiced videos from him and it’s really nice to get it in English too now.