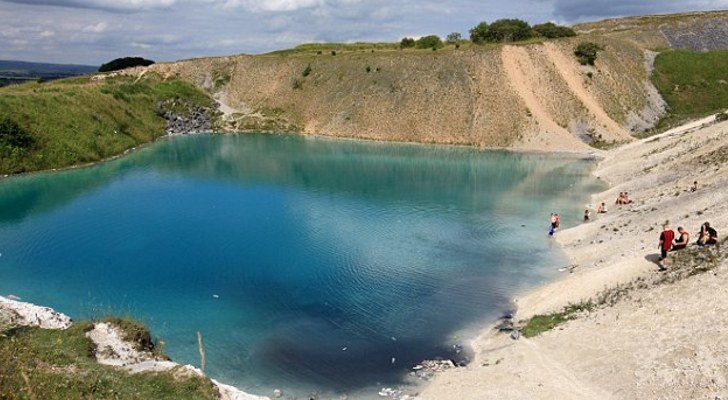 According to a story reported by the Daily Mail the so called “Blue Lagoon” of Derbyshire has just been dyed black by the local authorities to prevent swimmers. This is because government authorities say that this “Blue Lagoon” is actually a disused quarry. In fact the only reason why the waters of the “Blue Lagoon” are blue is because of excessive amounts of toxic chemical compounds which are apparently very dangerous. If that wasn’t bad enough car wreckages, dead animals, excrement and other rubbish are all known to be resting at the bottom of it.

Several specialists who have investigated it liken the quality of the water to swimming in bleach. Despite this toxic water quality locals have come back repeatedly without fail despite many warnings. It is easy to see why people would want to go for a swim but a Blue Lagoon in the UK? Really? As this story proves for us Brits, if it looks to good to be true then it probably is. Now that it is dyed black the attraction has very much warn off, one local business owner, Rachel Thomas, commented:

“It was absolutely beautiful to look at but was horrendously dangerous. It’s not pretty any more. They don’t think they’re on holiday in the Bahamas any more, they know they’re in Harpur Hill”

Image courtesy of the Daily Mail