Driverless Lorries Coming to the UK 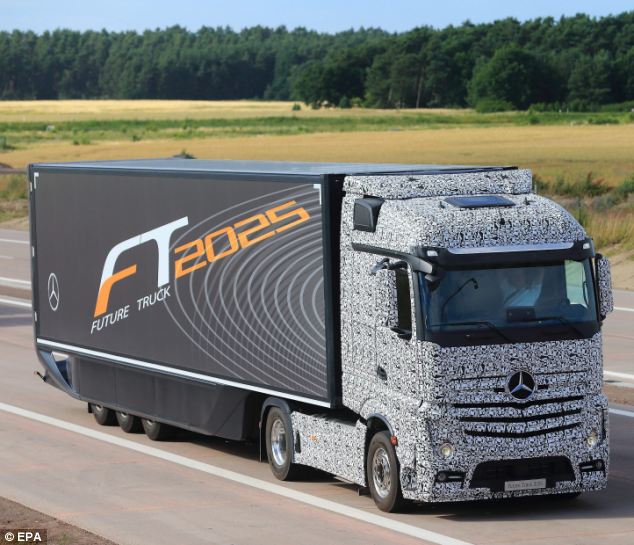 When it comes to cars, there is one topic on every companies lips, driverless technology. The ability to take a car from your house to the shops, to work, and then back home without ever pressing the pedals or touching the steering wheel. From Formula E announcing that they will start racing driverless vehicles and London looking to get driverless pods within the year, what could be next? Driverless lorries.

The Department for Transport is keen on being seen as a forerunner for technology, from driverless cars to electric car charging roads. The latest plans seem to be creating a driverless “HGV platoon”, with up to 10 computer controlled lorries being driver mere metres away from one another. The trial for the project, set to take place later this year, will see the vehicles driving down the M6 with the front vehicle being driven by a person.

Some have been sceptical about the plan, though, with the president of the AA, Edmund King, saying that while it may work in other countries it might not be the right thing in the UK.

His reasoning for this doubt was that “The problem with the UK motorway network is that we have more entrances and exits of our motorways than any other motorways in Europe or indeed the world”.

While plans like these are great, I can see where King is coming from. Ten lorries blocking your exit on the road would be a pain. While having regular automated lorries would help reduce traffic in the long run and perhaps even ease congestion, I can see people be scared and sceptical until they are a regular sight on the roads.

Image courtesy of the Daily Mail.