DRM Could be The Cause of Forza Horizon 3 Performance Issues 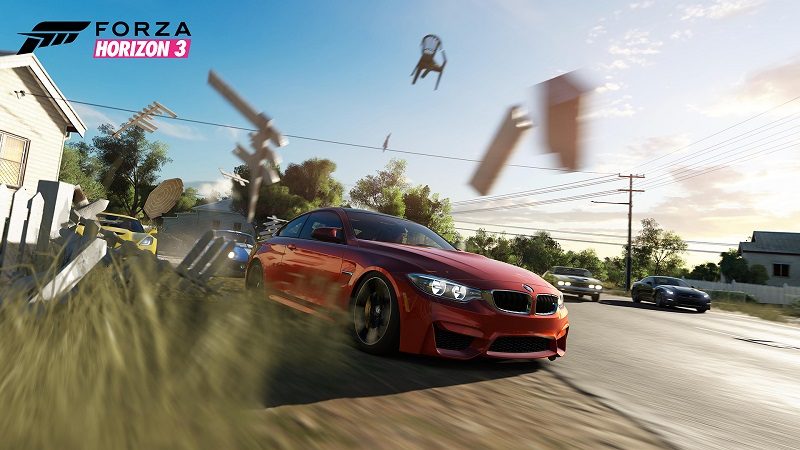 Forza Horizon 3 has received rave reviews from almost every single professional outlet and is a serious contender for game of the year. Even though I haven’t played the latest entry, Forza Horizon 2 was a memorable experience due to the accessible handling model and open world environment. This magical formula has widespread appeal and intrigued those who usually tend to dismiss sim racing titles. Microsoft’s Universal Windows Platform and closer integration between Xbox and PC resulted in Forza Horizon 3 launching on Windows 10 for the first time. While some users are perfectly content with the PC edition’s performance, others have encountered sudden hitching, stuttering and lacklustre optimisation. This is caused a lively debate about the possible cause. According to the Reddit user dkhavilo, the performance issues could stem from Windows’s encrypted file system which increases CPU loads:

“I’ve done some investigation. From what I’ve read on the forums, measured in MSI Afterburner and found on the disk:

The reason of those stutters is the fact that the game uses EFS which consumes a lot of CPU.

Yesterday, i’ve captured a usage on my CPU and GPU, and found interesting thing, when CPU has 100% a lot of stuttering appears and GPU usage lower fluctuates at 50-80%. Stutters mostly appears in a city and mostly at the fast speed, when the game loads a lot of assets simultaneously. The i’ve navigated to a folder where game is installed and found that game folder uses EFS, which AFAIK uses AES256 encryption. Having EFS is ok for sensible documents, not the game files, because it requires a lot of CPU to decrypt.

There’s also a post on the official forums where a user has issues on a 4-core CPU, and has no issues on a 6-core one.

Update 1 During cpu spikes there’s a high IO activity too, as assumed on the mentioned forum thread, this can be the result of encryption preventing files to be cached. This can also prove, the encryption might be a problem, because cpu is bottlenecked when reading a huge amount of data. If you have HDD, then read speed is pretty low, meaning you have less data to decrypt each second, but on an ssd, data reads very fast resulting in a big cpu spikes.”

To be fair, Halo 5: Forge employs this form of security and complaints about performance are relatively small. Saying that, Forza Horizon 3 renders assets at high-speeds which mean it’s probably more susceptible to suffer from stuttering. It’s important to note that the game runs perfectly fine on certain configurations. On the other hand, the DRM theory has some merit and is worth investigating further. Honestly, I wouldn’t be surprised if the game relies heavily on the CPU and disabling EFS might not be the magical answer.