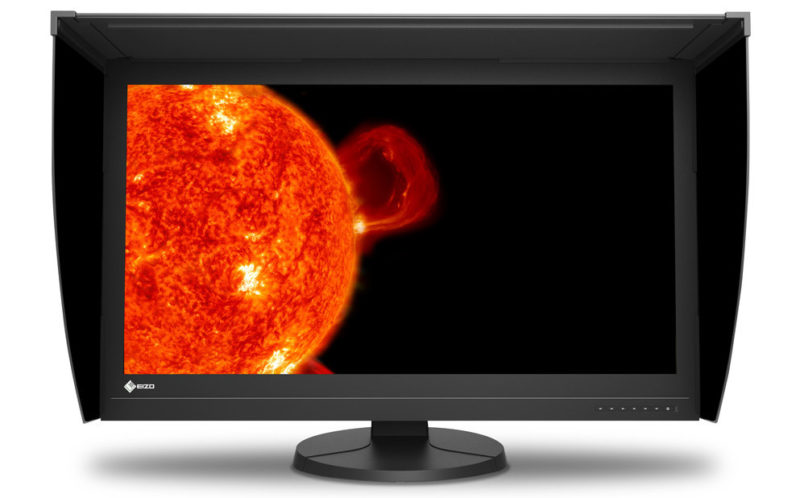 Enjoying HDR content has never been easier, with many new consumer TVs offering the feature that gives incredible detail and contrast to your images, and now, even some PC monitors are starting to hit the market. With the growing demand for the best HDR content, content creators will need screens that can help them shoot and edit footage in the format. The new ColorEdge PROMINENCE CG3145 from EIZA is set to offer just that. It’s a 31.1-inch reference monitor with DCI-4K resolution (4096 x 2160) for the professional HDR post-production workflow.

There’s no word on the price or retail release date just yet, but this is a flagship monitor with the latest display tech, and it’s designed for the professional market; which is a nice way of saying it’s going to be freaking expensive.

“This HDR reference monitor is the first to overcome the severe drawbacks of other HDR technologies that are available in the market today so it can be used reliably for professional post production work. It supports both HLG and PQ gamma curves in order to display content that approximates the human perception of color and light, making it ideal for color grading in the HDR video workflow.” – EIZO

The monitor achieves the 1000 cd/m2 (typical) high brightness level needed for HDR content display. It is also the world’s first LCD monitor to achieve a typical contrast ratio of 1,000,000:1 for displaying true blacks. The name “PROMINENCE” refers to the phenomenon known as a solar prominence – a flame-like eruption which extends from the Sun’s surface. This image of the bright sun shining against the deep black of space lends to the monitor’s ability to accurately display both bright and dark content.

In addition to the new ColorEdge PROMINENCE CG3145 HDR reference monitor, EIZO now offers optional HLG and PQ curves for many of its current CG Series monitors. The optimized gamma curves render images to appear more true to how the human eye perceives the real world compared to SDR. This HDR gamma support is available as an option for ColorEdge CG318-4K, CG248-4K, CG277, and CG247X. Both gamma curves were standardized by the International Telecommunication Union (ITU) as ITU-R BT.2100. In addition, the PQ curve was standardized by the Society of Motion Picture and Television Engineers (SMPTE) as ST-2084.

With the new ColorEdge PROMINENCE CG3145 monitor and HDR gamma support for a range of other monitors, EIZO now offers a wide selection of solutions to cover HDR video creation, VFX, compositing, color grading, and more.

EIZO will be showing the ColorEdge PROMINENCE CG3145 and its line of HDR gamma-supported monitors at the NAB Show 2017 in Las Vegas, USA from April 24 – 27. Visit Booth SL13916 to see the products in a specially designed booth.