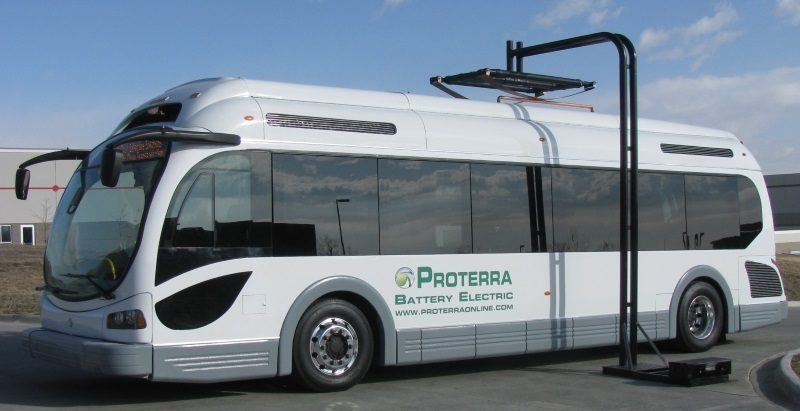 When it comes to electric vehicles, its hard to find someone that hates the vehicles. With Tesla proving that they could be used commercially by everyday people the only issue is typically charging the transportation. If you don’t have an electric charging point near you, it’s often easier to let it charge at work or while your shopping thanks to the uptake in the number of places installing the charging systems. Public transportation could also see an uptake in electric vehicles and thanks to a new patent-free fast charging system they could keep going indefinitely without ever having to stop to charge.

The new patent-free fast charging system is courtesy of Proterra, an electric vehicle manufacturer, who has opened up their new fast charging system to help power anything that needs to keep moving. The new system runs at 250-1000v (DC) and charges vehicles between three and four times faster than Tesla’s superchargers, claiming to charge a bus’s battery as quickly as 10 minutes.

Proterras CEO Ryan Popple stated that “we’re actually getting to the point where the vehicles that are configured for fast charging can be replenished faster than you can stick a hose in the side of a diesel bus and fill it with fuel.”. Going on Popple stated that the system is quite popular:

We’re growing very quickly—we have a backlog that extends to the end of next year, we’re tripling shipments in 2017, and yet we still need to work out how to make this industry grow even faster. We discovered that competing electric bus offerings out there lack this kind of fast charging equipment, which for larger fleets is a core tool you need in the kit to do a large-scale EV deployment. So by offering these patents to any other industry participants we think we can get this market to go even faster.

What do you think of electric vehicles? Would you take an electric bus if it proved cheaper than filling up your car for the quick drive to the shops on a busy Saturday morning?