When I first started working for eTeknix, I quickly gained a reputation for finding some of the stranger tech news. There is something of a company ethos that if its weird of troll-worthy, give it to Mike. Despite that though, I never expected that when I started here I would be writing a title quite like that.

It’s not a lie though. A video has emerged which reports being the most powerful electric unicycle (probably).

Powered by a 3000-watt motor, this self-balancing unicycle looks pretty terrifying if I’m honest. At the same time though, I think it’s like to give it a go. Then again, given the choice for testing on a beach, that may have been a tactical decision. If it did, after all, fail on concrete, you’d soon know about it and probably have some interesting scars to tell stories about.

Despite this, I doubt the product will take off. I mean in terms of sales. Given how bizarre it is I wouldn’t be surprised if a helicopter rotor is planned for the next design. If you work for one of the city food delivery companies though, you would be quite popular if you turned up on one of these.

It does look good though…

Before you start checking your bank balance, there does not appear to be any intention to release this to the public. It appears to be an entirely fan-made ‘we did it because we could’ project. The designer, known as ‘xenonjohn’ does clearly have a bit of talent when it comes to designing, if nothing else, unique unicycles. 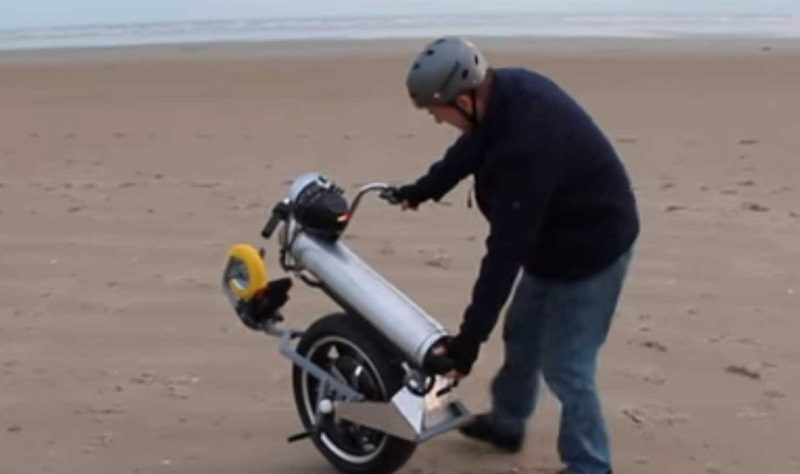