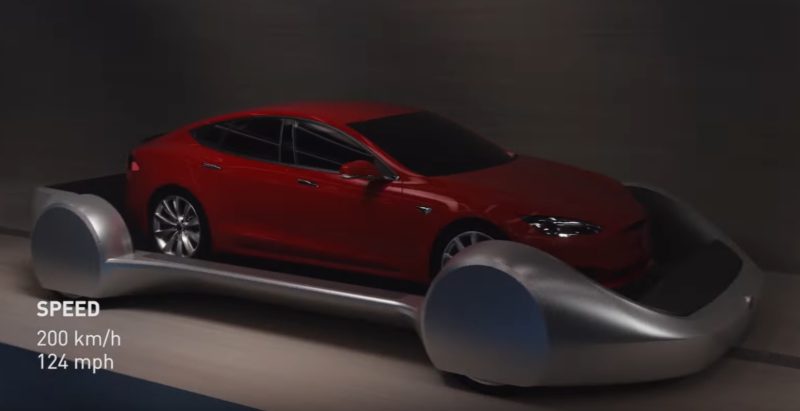 It started with a simple Tweet expressing his frustration with traffic, but now Elon Musk has unveiled what his actual plans are for establishing the Boring Company tunneling project and what he meant when he said he will solve traffic problems. During his most recent TED talk, demonstrated in video how the project could one day look like once it is completed.

He explained that the cars would be locked in place on a sled-like device and then it would descend into a series of tunnels that connect to different drop off locations. The cars then the sled would then move on a dedicated track that which will speed along the route at around 200 km/h. Think of it as a life-size slot-car race track. The movement inside the tunnel is completely automatic, requiring no input from the user other than to sit back and relax. A supercomputer monitors and controls all the traffic to ensure that there are no crashes or conflicts in the tracks, providing ample space between each unit, and giving users the ability to travel from city to city within minutes.

Obviously, there are still many logistical problems to be worked out before the project can begin. Specifically, problems related to regulations and government restrictions, especially if Elon Musk plans to build in Los Angeles which has some of the worst traffic in North America and also has a ton of stringent regulatory hurdles designed to bring as much profit to the local government. Paying the fees won’t be a problem for Musk but going through the regulatory approval will most likely delay the project years if the pilot project for the Boring Company is set in Los Angeles, so they will most likely start in a different North American city than that which inspired Musk to do this idea in the first place.