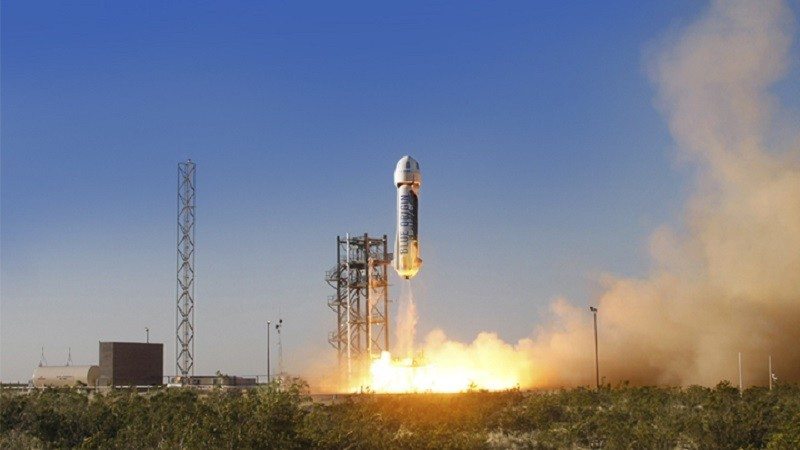 It’s not exactly easy to land a rocket in a controlled fashion, but it appears that Jeff Bezos’ Blue Origin initiative has managed to do just that a little while ago. Blue Origin’s New Shepard unmanned capsule has managed to ascend to an altitude of 333,000 feet or about 62 miles on Monday, and then it landed using parachutes on the company’s private range in West Texas. In order to celebrate this admittedly impressive achievement, Jeff Bezos posted a Tweet in which he pointed to a “Historic Rocket Landing” video. However, even though Elon Musk initially congratulated him, he then posted another series of Tweets that were a little less friendly, one of which said: “Jeff maybe unaware SpaceX suborbital VTOL flight began 2013. Orbital water landing 2014. Orbital land landing next.”

The rarest of beasts – a used rocket. Controlled landing not easy, but done right, can look easy. Check out video: https://t.co/9OypFoxZk3

Elon Musk’s SpaceX has been attempting to land large Falcon 9 rocket boosters on an ocean platform for some time now, but all attempts have been unsuccessful so far. By comparison, the Blue Origins booster managed to fly through 119 mile-per-hour crosswinds before using its single BE-3 engine in order to slow its fall and control its landing. To be fair, Bezos’ rocket is much lighter when compared to Musk’s Falcon 9, which is considerably heavier and more difficult to land safely. Reusable rockets could dramatically lower the costs of human spaceflight, which is why I’m very glad to see some real progress regarding this particular technology.