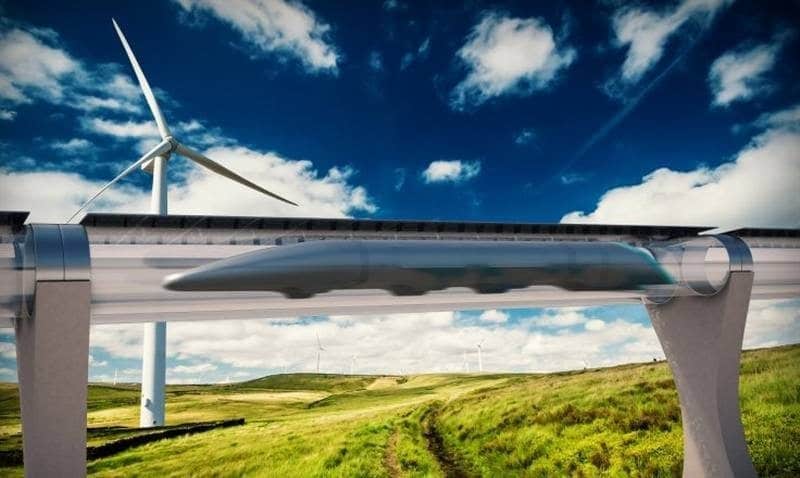 The future of tomorrow, today. Well not entirely, but it is getting closer and we know have an official time frame for the Supersonic Hyperloop train by Elon Musk and his team. The plans have long existed and they’ve come closer to reality every day. 2016 will be the year where it all starts, but it won’t be the year that we get to ride this hyperspeed train yet.

The construction of the 760mph (about 1220 km/h) Supersonic Hyperloop is set to begin within weeks where a five-mile long test track will be built around Quay Valley in Kings County, California. Elon Musk first revealed the train in a whitepaper three years ago, which isn’t that long ago. He himself won’t be actively involved in these steps of the process for the Hyperloop Transportation Technologies (HTT) company, as he’s already CEO of Tesla and SpaceX that surely keeps him more than busy.

The new Hyperloop won’t just be built around an existing town as Elon Musk is a man that thinks big. Quay Valley is a proposed 75,000-resident community that will be solar powered and placed halfway between San Francisco and Los Angeles. The land will be surveyed in the coming few weeks over February and March while the actual construction set to begin in the middle of 2016. So when will the public be able to ride this new supersonic train? That date is a bit further down the road, but not too far either as it will open to the public in 2018. At least that is the plan according to HTT.

Now we just need to cross our fingers and hope that it doesn’t turn into a Simpon’s styled Monorail and that it can stop better than the Falcon 9 can land. The only really sad part thing around the hyperloop is, that it is being built so far away for most of us that we don’t really have the biggest of chances to ride it.