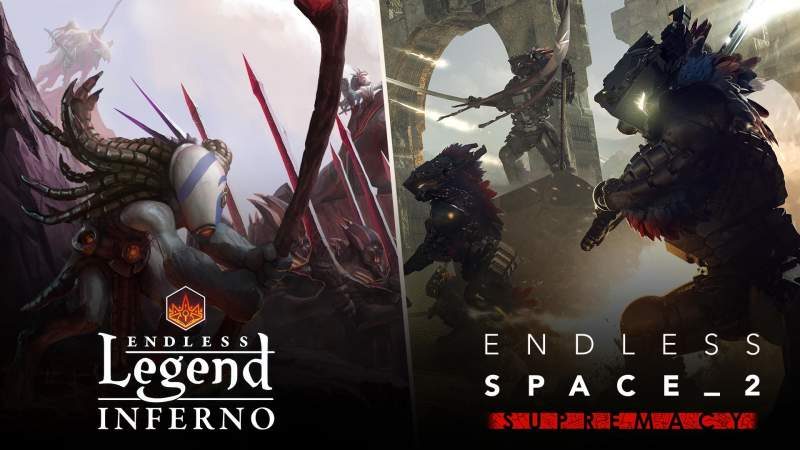 The Endless Legend Inferno and Endless Space 2 Supremacy expansions are coming out in a few days. Specifically, both will be available starting the 2nd of August. Both are actually now available for pre-order via Steam, with a 10% off discount individually. Users can also opt for a bundle and save 20% off collectively.

What is New in Endless Legend Inferno?

Inferno introduces a brand new Faction to the game called the Kapaku. Forced to leave their volcanic home planet, the Kapaku lands on Auriga with the firm intention to create a paradise of ash and fire.

They gain strong unit buffs while on volcanic tiles and have productions perks that reward them for settling on volcanic regions. Their gameplay focuses on leveraging these perks to field large armies with quality gear, or teching quickly into wonders and deeds.

What is New in Endless Space 2 Supremacy?

Supremacy introduces the Hissho Major Faction to the game. Plus, the Behemoth Ship, which is a new massive galactic platform available to all Factions.

The Hissho are a military and expansion-oriented faction whose main gameplay feature is Keii. This new resource can only be replenished through combats is used to power special abilities.

Can My System Run These Expansions?

How Much Are These Expansions?

Both Endless Space 2 Supremacy and Endless Legend Inferno are currently only £9.89 in the UK. Without the promo discount, their regular price is individually is £10.99 via Steam.