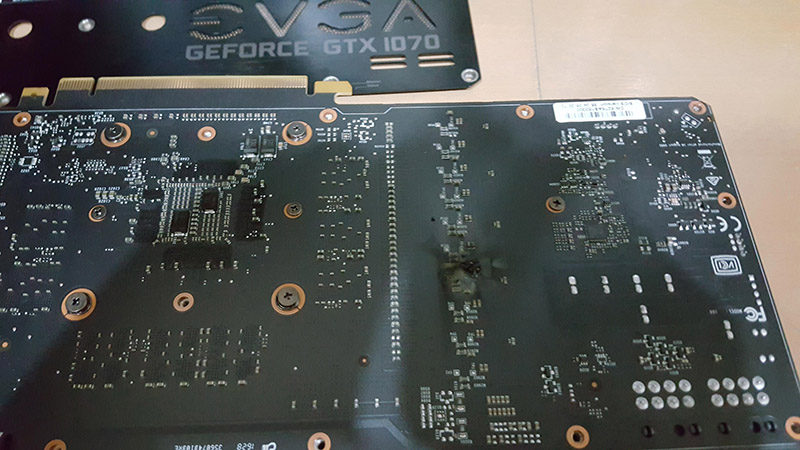 EVGA are in hot water this week, in what seems to be the season of tech catching fire! We reported the other day that EVGA cards were suffering overheating issues and that EVGA suggested customers could add additional thermal pads to mitigate the issue. However, it seems EVGA may have underplayed the issue and cards have been bursting into flames all week… well f##k.

Huge numbers of posts are cropping up on EVGA’s forums, and all over reddit this week, with people reporting their cards, quite literally, going up in flames. This is obviously a huge hazard to any PC user, not just the graphics card.

“I was playing Shadow Warrior 2 and then suddenly the whole PC just shut down itself. I could see the sparkle inside the case which of course it freaked me out, a lot. Chemical smoke was coming out from the case and I was still not sure which part is faulty until now, it’s my EVGA FTW GTX 1070 (see above image) which I bought it from Amazon.” said redditor Crazy6a3er. 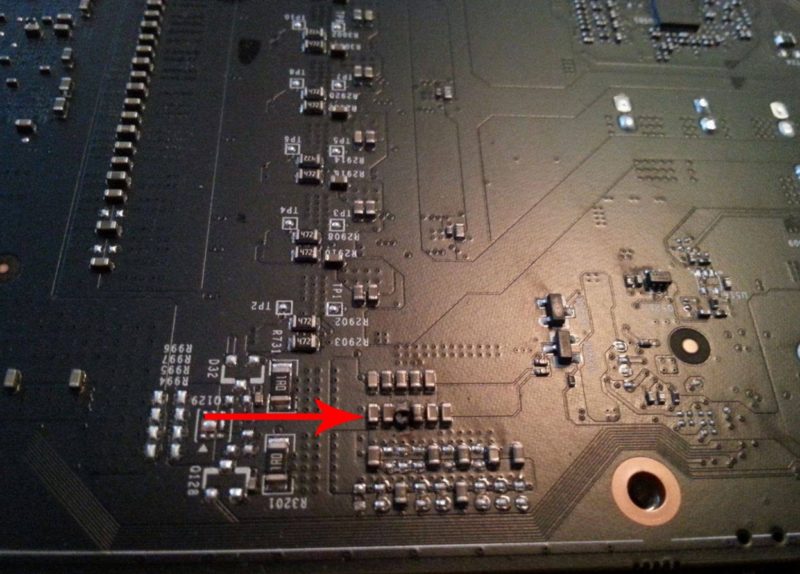 To put it bluntly, EVGA customers are pretty pissed, and you don’t have to dig far through the link above to see why. The cards do not have sufficient VRM cooling, and it seems the range of GTX 1080 and GTX 1070 cards which feature the ACX cooling solution is affected by the issue, so it’s likely a good idea to remove the card or power off your system until a solution is presented.

This isn’t the first we’ve heard of EVGA customers complaining about black screening, dying cards, stability issues and more, but it seems the culprit is now sticking out like a sore thumb.

EVGA is already aware of the issue, obviously, and is implementing changes to the product to ensure it has correct cooling pads applied to the VRM. Of course, EVGA has been praised in the past for their warranty, and they’re intending to honor them on the faulty cards, although I suspect this will put quite a strain on the RMA team, so expect some delays.

You can either take the VRM thermal pad kit for free, and apply it yourself, or return the card for an exchange to one with the pad already installed.