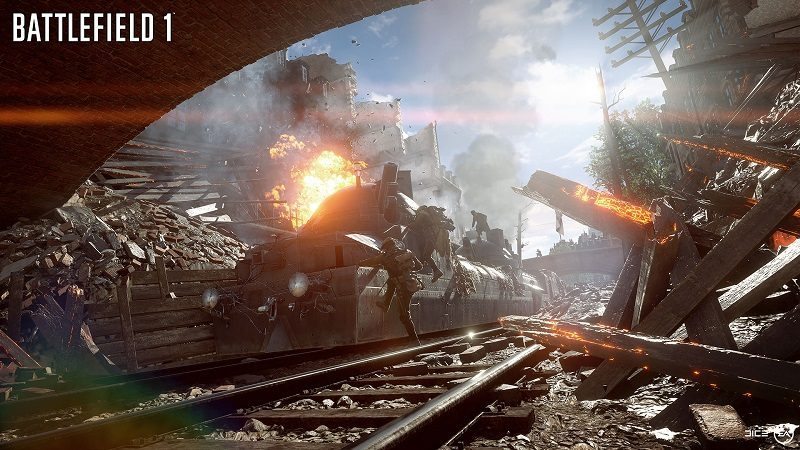 It’s only been about three weeks since DICE issued patch V1.02 for Battlefield 1, and it appears that the game’s major update for Fall is already here. This update provides fixes for annoying crashes related to the DX12 API, as well as a few client crashes, but perhaps one of the most important additions comes in the form of a Quit button that’s now available at all times during End of Round. Moreover, the update brings a series of DX12 and CPU optimizations, and it also includes balance tweaks for Operations and Conquest modes. DICE issued statements regarding changes for both, starting off with Operations:

“It’s clear that attackers need a boost. To increase the effectiveness of the attacking team, we are increasing the overall tickets for both Operations & Grand Operations. In addition, we are also making it somewhat easier to capture sectors as an attacker by reducing the amount of time it takes to capture a flag in Operations & Grand Operations. We’ve also increased the minimum tickets regained in grand operations to from 30 to 50, as well as increased the amount of tickets regained from killing retreating defenders.”

When it comes to Conquest mode, it looks like we should expect to see more flags:

“We will be adding two more flags to the layout, this should result in one team not being able to capture and lock down all flags as easy as before. In addition, we also noticed that it was very difficult to re-capture flags within the capture areas located in the village areas. To solve this we’ve reduced the capture size of these areas to include less buildings. The result of this should make the flags somewhat easier to capture and make sure that a team that has lost and been pushed out of the villages can easier re-capture them and get back into the fight. In addition, to help a team that has been pushed back all the way to their HQ, we’ve added an armored car that players can use to break out of the HQ and flank the opposing team.”

In order to get this update, all you have to do is fire up Origin, and the client will take it from there. If you want to see the full changelog for the Battlefield 1 Fall Update, just scroll down a bit. This game is definitely getting better and better, wouldn’t you agree?