There are very few people out there that don’t like Star Trek The Next Generation. Yes, admittedly, there are some episodes that are much better than others. There’s an early episode in season 1 that is actually best forgotten. Overlooking the characters though, one of the most iconic images from the series is that of the Enterprise-D. The fifth ship to bear the name and perhaps, in design at least, better known than the original.

Well, for the last two years, a small fan team has been looking to recreate the ship in VR. The recreation included all of the ships most popular areas and actually, with impressive detail, allowed for a more or less total navigation of the ship. Sadly though, in a report via Eurogamer, the project has now been scrapped after the team were hit with a C&D (cease and desist) order by CBS.

The VR experience, which was available for HTC Vive or Oculus Rift owners is confirmed as scrapped by the projects head “Scragnog”. He has said: “We were just fans creating fan art. I thought we’d made that pretty clear. Internally this was an exciting development, but at the same time it concerned us.”

For a time the team did consider developing it to a point where they would officially pitch the idea to CBS. Sadly though, Stage-9, as the project is known, rather than being taken on by CBS has been scrapped by them.

Can I Try It Out?

The official website and downloads are now gone. I daresay though if you patrol the internet enough you might find a copy of one of the more recent builds. It is, however, another reminder as to how dangerous such fan made projects can be. For all that time you invest in it, sooner or later the IP holder is going to come for you! 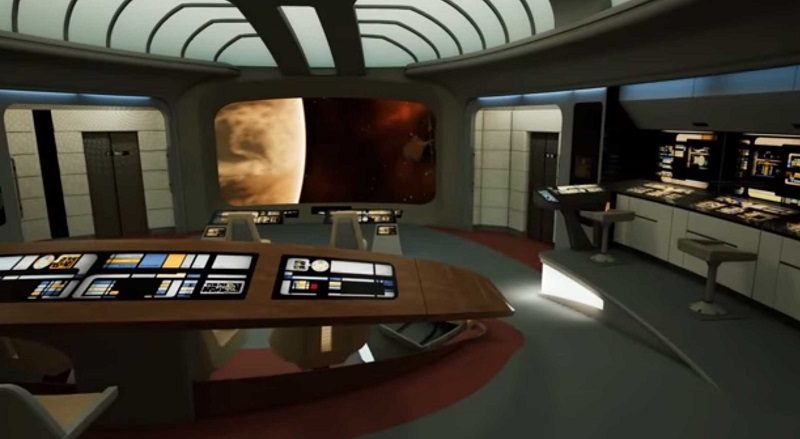