First ‘Poo Bus’ Gets to Work in Bristol 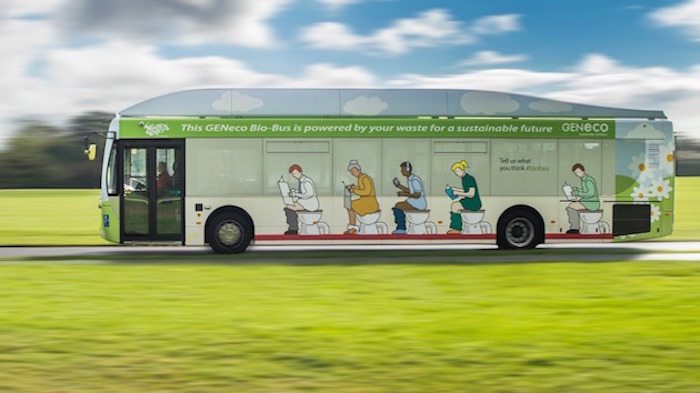 A bus entirely powered by human and food waste has gone into service.

The waste is converted into bio-methane gas through a process called anaerobic digestion, with gas being able to propel the ‘Bio Bus’ for up to 186 miles. The Bath Bus Company, the people behind the new bus, estimate that their new bus will ferry 10,000 people between Bristol Airport and Bath city centre.

Mohammed Saddiq, General manager of GENeco, the organisation the creates the gas, told the BBC:

“Gas-powered vehicles have an important role to play in improving air quality in UK cities but the Bio-Bus goes further than that and is actually powered by people living in the local area, including quite possibly those on the bus itself.”

Now I’m sure we’ve all travelled on some smelly buses, but let’s hope there’s never a fuel leak on this one, because I’m pretty sure you wouldn’t be able to get a bus smellier than a leaking ‘poo bus’.