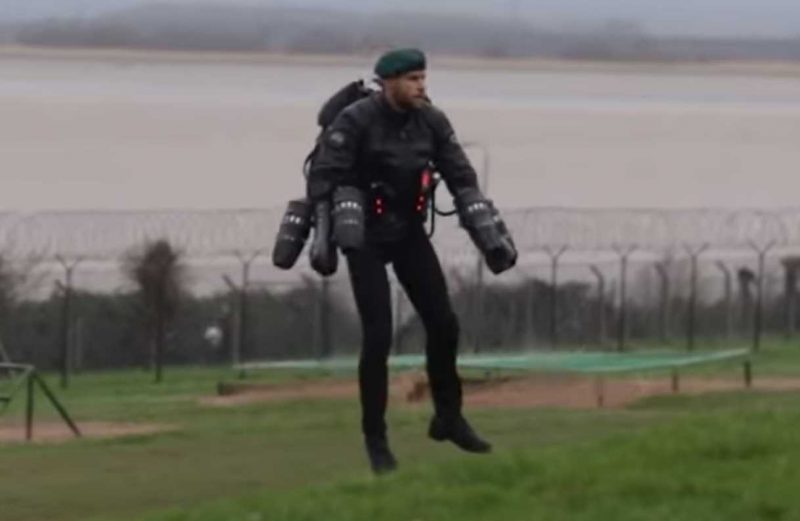 It has probably been the dream of many to own some kind of rocket jetpack. Well, if not then science fiction makers clearly seem to think so as it’s a subject they’ve regularly visited for over 70 years now. A now retired Royal Marine has, however, set up his own company and with the release of a video, it seems that the technology may be a lot closer than we think.

Richard Browning created Gravity Industries in 2017. Having worked on his jet suit for a number of years, however, it seems that he is finally getting to a pretty happy point with it. As such, he has released a couple of videos showcasing him tackling an assault course using it!

The Daedalus Mark 1 uses 6 small jet engines. It operates by having 2 on the rear as the main focal point of thrust. In addition to this, 2 jets on each arm can determine movement.

Richard Browning has been clear in that the video or the use on the assault course was not created as a pitch to the army. It was rather used just to determine how agile and manoeuvrable the system really was. As you can see in the videos, it’s actually remarkably impressive. Any way you look at it, this will no doubt capture the imagination of many people.

It may, of course, be some time before we ‘jet-off’ to the shops for a pint of milk, but this is perhaps one of the best demonstrations of the technology to date.

What do you think? Impressed with the design? Would you like to give it a try? – Let us know in the comments!