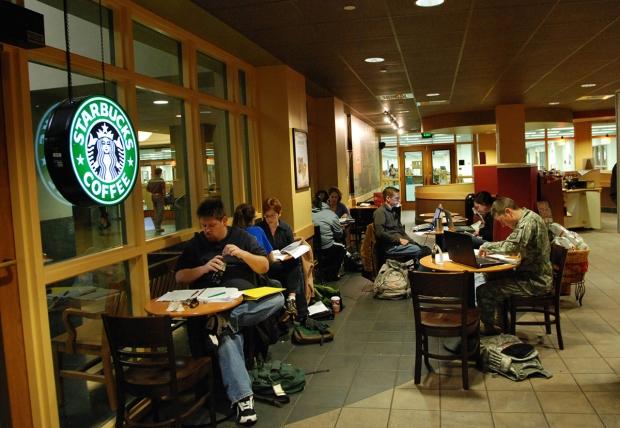 We’ve all been in that situation, stuck somewhere just out of reach of your 3G signal and you are so desperate to get on the internet whilst on the go, you have to connect to “Free WiFi”. The horror! Anyway, free WiFi usually sucks 9 times out of 10, mostly because there is about 30 people all using the same WiFi signal as you demanding bandwidth when there just isn’t enough for everyone. I live in the UK and this is the case for me 99.9999% of the time, the speed I get is around 0.3Mbps which is just awful, I might as well not bother. Although, according to a study by wireless specialist OpenSignal.

The test was performed in the USA where they have the luxury of Google Fiber, lucky sods, and found that the average speed in McDonalds is 4Mbps. Starbucks on the other hand have dropped AT&T and picked up a shiny new deal with Google and a a result of this the average speed in Starbucks was 9.01Mbps, that’s more than I’m getting right now in my own home! Just shows how poor the internet in the UK is, miles behind everyone else!

Free WiFi is always good for businesses, it attracts people in and gives them something to write on a website or put in a shop window but if the speed is awful then people will look somewhere else to leech internet from. I think Google is about to get a lot more popular with businesses everywhere.