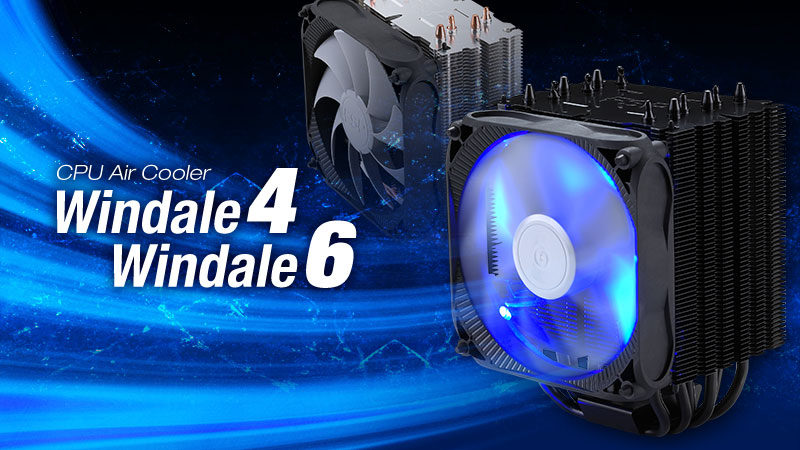 Power supply manufacturer FSP (Fortron Source Power) released their first PC chassis two months ago in a bid to expand beyond power related products, and now they have announced their first set of CPU coolers. The FSP Windale 4 and Windale 6 are CPU heatsinks using a tower-style form factor utilizing a direct contact copper heatpipe technology to draw heat away from the CPU core into the aluminum radiator which is then dissipated by the installed 120mm fan. 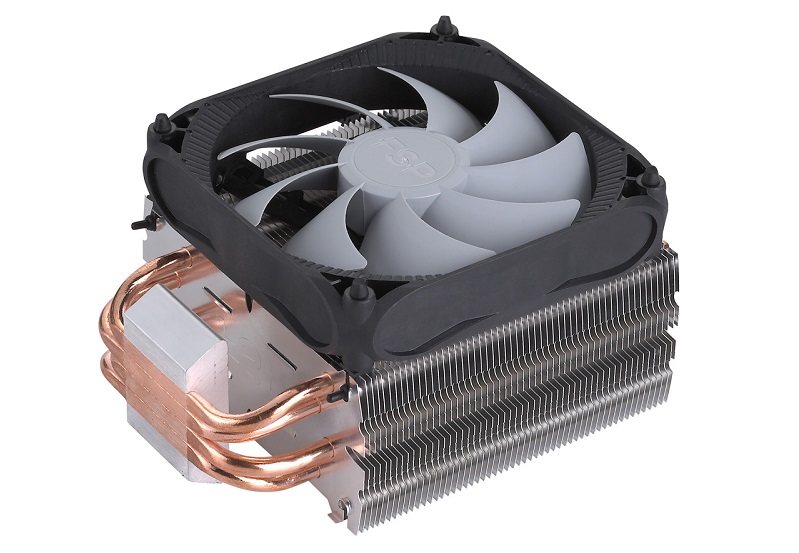 The Windale 4 feature four copper heatpipes while the Windale 6 uses six copper heatpipes, although the 6 is coated black entirely including its radiator with the exception of the copper contact surface. The aluminum fin array are assembled into the heatpipe using a solder-less technique for optimal heat transfer compared to traditional soldered fins. In terms of cooling capacity, the Windale 4 has a thermal design power of 180W and thermal resistance of 0.11° C/W while the 6 has a thermal design power of 240W and brings the thermal resistance down to 0.09° C/W. 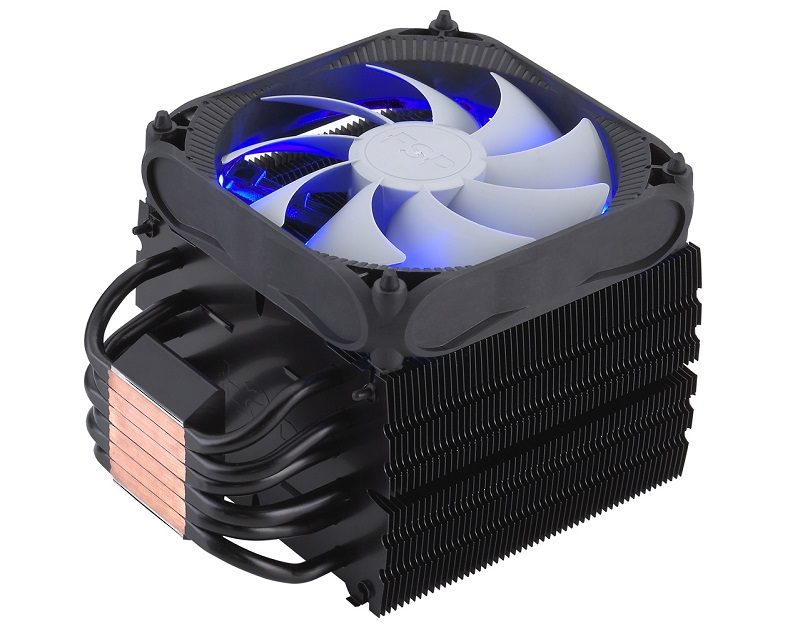 The bundled 120mm fan uses sleeve bearing and operates from 600 RPM to 1600 RPM via 4-pin PWM. It is mounted into the heatsink via anti-vibration rubber mounting pins to further minimize the noise when in operation. The specifications of the fan are similar for both Windale coolers although the Windale 6 has a blue-LED lit fan blade. In terms of compatibility, FSP offers support for Intel’s Socket LGA 775, 1150, 1155, 1156, 1366, and 2011, and AMD’s socket FM1, FM2, FM2+, AM2, AM2+, AM3, AM3+, and AM4, which is basically all desktop sockets currently used and several generations previous as well.