Fulfil Your Starfleet Dreams With This USS Enterprise Drone 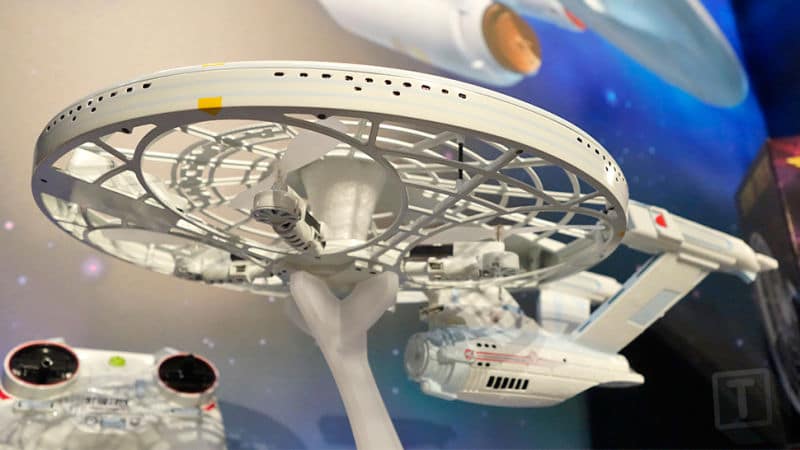 Space, the final frontier. Sadly, very few are currently able to go explore space, even with the internal space station or even NASA’s plans to inhabit mars. We can still see the stars, in the night sky and in the movies, with J.J. Abrams directing the next Star Wars film and the Star Trek films never ending. Sometimes though you want to feel closer to the action and with a little help from Spin Master you may be able to with your very own Enterprise drone.

By using their quadcopter as a base, Spin Master was able to place all four of the rotors blades into the saucer section leaving the main body and nacelles of the famous interstellar vessel to include lights and even ten “authentic” sound effects. Aside from the see-through cage of the saucer section that holds the rotors the vessel does look remarkably similar to the initial design of Kirk’s vessel. 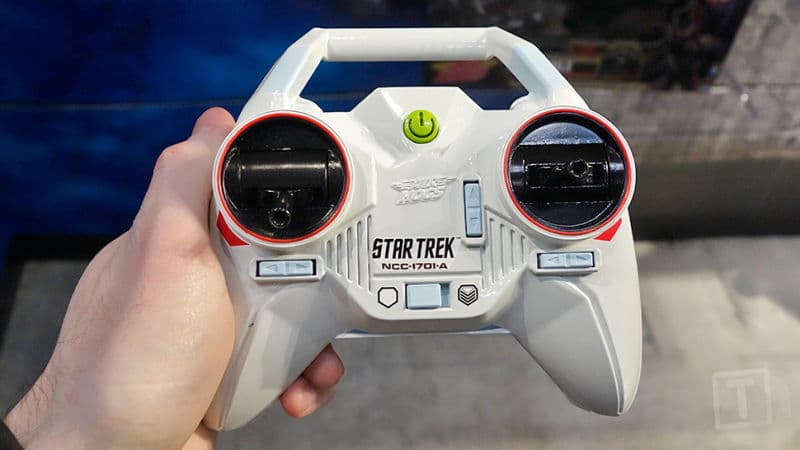 Costing around $120 (around £83), the NCC-1701-A drone will come with an all too familiar controller for those who grew up with remote controlled cars, meaning that you won’t be seeing a Star Trek app for this creation. With warp speed sounds and nostalgia included, I know plenty of people who will be buying this, both for themselves and far too many Trekkies to count. So when can we order our Klingon War Birds?