Full-Size Wii Games Available for Wii U in eShop 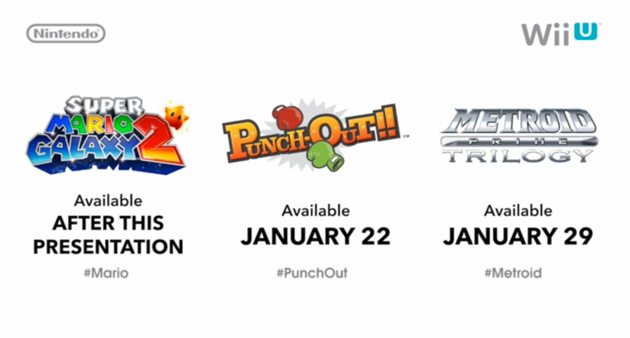 Though the technology may be dated, the Nintendo Wii still boasts some of the finest video games from the last decade, so there’s some good news for those Wii U owners desperately scouring eBay for some of the previous generation’s classics: as of 14th January, the Wii U eShop will be selling full-size downloadable Wii games, starting with the brilliant 3D platformer Super Mario Galaxy 2.

If the release schedule follows the projected pace – with Punch-Out and Metroid Prime Trilogy due out on 22nd and 29th January, respectively – then it will take some time for Wii U owners to access a substantial Wii back-catalogue, but if the early releases are successful, it seems likely that Nintendo will accelerate its timetable.