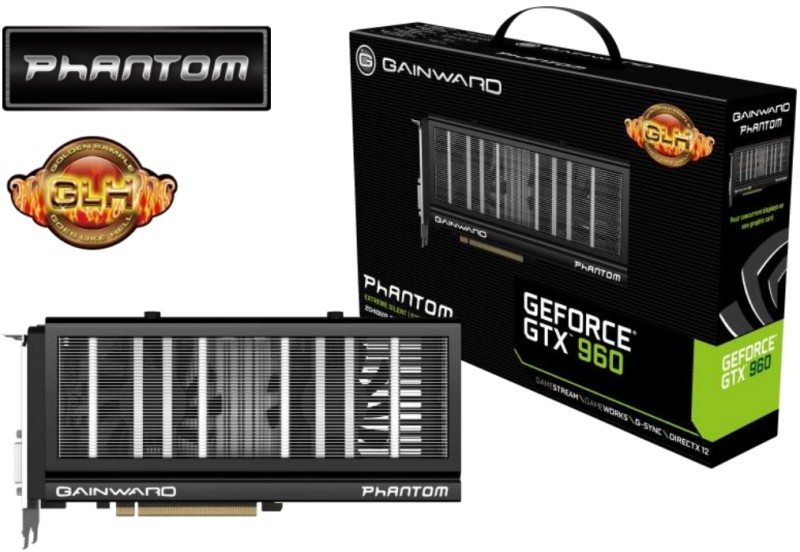 The NVIDIA GeForce GTX 960 has been out for just over a week and has given us amazing performance capabilities given its such a small power requirement and it has impressed us here at eTeknix with the ability to run passively; could this mid-range graphics card set the pace for future sub $200 cards? Even though it’s not very powerful, the GTX 960 series has proven that high resolutions are almost possible at this price point.

Today we have the Gainward Phantom GLH (Goes Like Hell) Edition GeForce GTX 960 2GB; a bit of a mouthful if I must say so myself. Gainward aren’t renowned for breaking overclocking world records, but they know a thing or two about producing high quality, super quiet cooling solutions with a quirky difference. Gainward has worked their magic by cherry picking specific cards that can handle and maintain their intense factory overclocks. NVIDIA has aimed this card at the core gaming market, hoping for those who admitted to using older technology during Steams survey will want to upgrade to the new Maxwell architecture thanks to its low price. 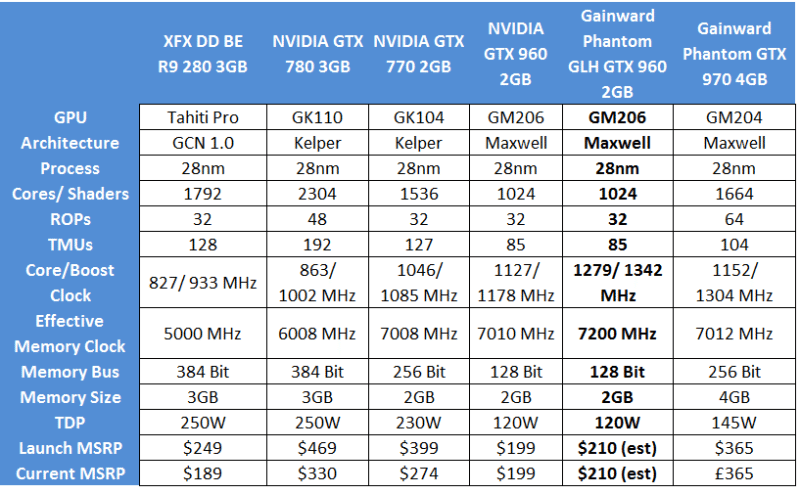 This particular Gainward Phantom is perched at around $21o. For a card that promises epic performance through cherry picked components, lets see if its worth the extra 5% premium.

Gainward follows the same style of packaging as others in the NVIDIA range; plain and simple box with a key image of the graphics card. Along the bottom, we see the Phantom logo with its slogan. The only difference with this box is the Goes Like Hell (GLH) logo in the top right. Inside the box, we have bundled a twin molex to 6-pin PCIe power connection, VGA to DVI adapter and Gainwards driver install and quick start guide. 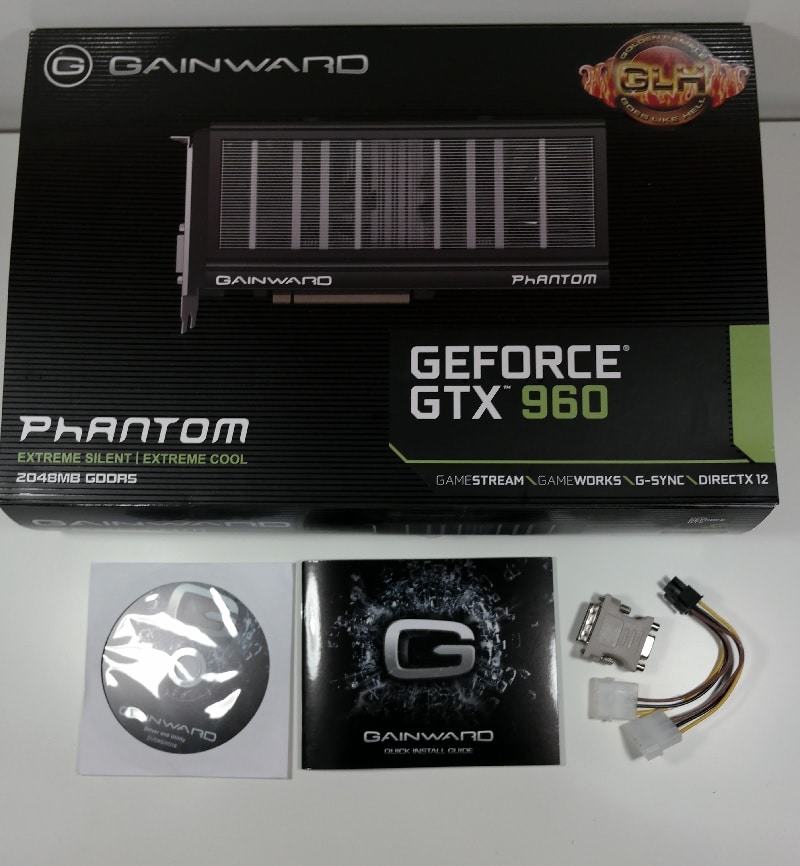 Gainward keeps things plain and simple, utilising their own PCB to be able to sit nicely under the Phantom cooler. This cooling solution is one of the most unusual on the market, hiding its twin 92mm PWM fans inside the cooling shroud with the rather slim radiator sitting on top. 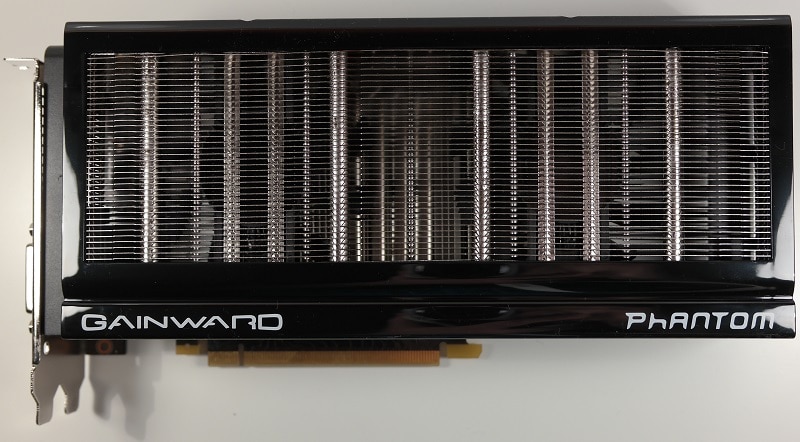 This particular Phantom cooler is the newest variant in the series and has a cool party trick.

That’s right, the Phantom cooler has the ability to remove the fans.

This feature gives you the ability to clean the fans after a period of time, but you could also choose to run completely passively, albeit running the risk of extremely high temperatures unless you have very good airflow in your case.

At the far end of the card, it’s in keeping with Gainwards’ style, plain, simple and to the point; not even a glimpse of the heat pipes. 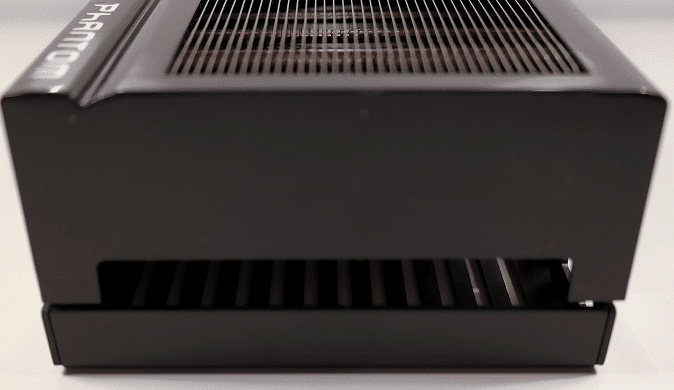 Along the top of the card, things get a little more interesting, showing you the single 6-pin power connection, ample for the 120w TDP. You also see the two slots which the fans are situated with groves to allows for better air flow.

On the back of the card, you have a very typical PCB with rear mounted RAM chips. It’s a shame Gainward didn’t give the card a backplate; it really would have finished it off well. You can see that the PCB is around 1/5th shorter than the cooling shroud, allowing for improved airflow. 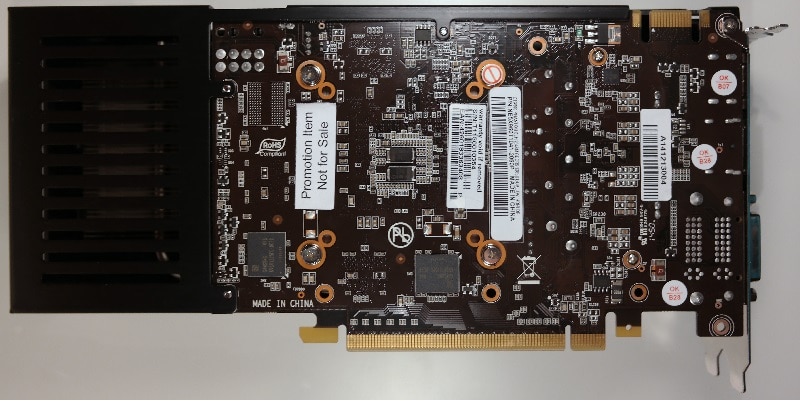 Things are kept simple at the outputs end of the card, twin DVI ports, a single DisplayPort and a HDMI port capable of 4k resolution. I wonder if this card, with its intense overclocks; can produce a good 4k score in our tests.