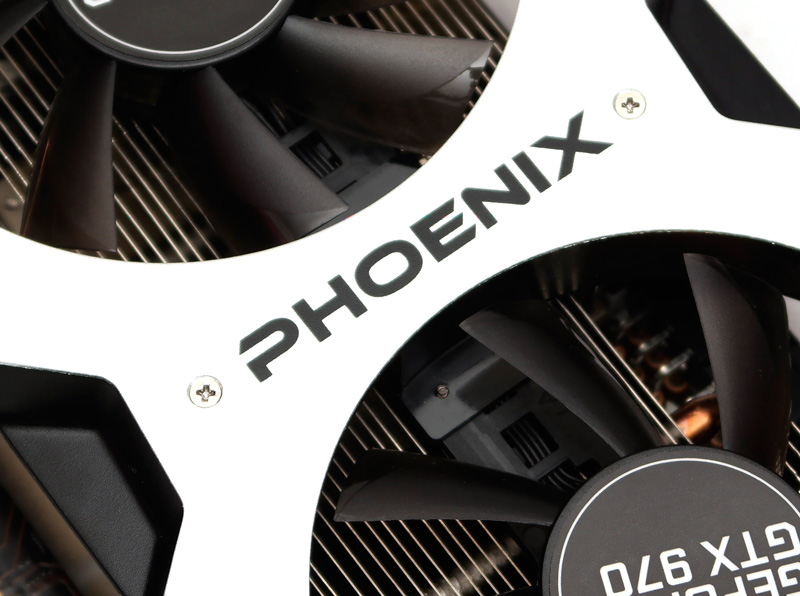 The GTX 970 has been with us for around a year now and in that time it has cemented itself as possibly one of the best Maxwell-based cards available. Obviously the Titan X is the most powerful and the GTX 980Ti is the obvious option if you have £600 to spend, but the GTX 970 is the right amount of power to sustain consumers into the next generation of cards without taking a massive hit come resale when Pascal and HBM v2 is released.

Today in the test bench is the Gainward Phoenix GTX 970. It’s nice to see manufacturers still pushing this lower line considering how popular the GTX 980Ti has been and how saturated the market already is with competing cards.

I can’t really go into a GTX 970 review without at least touching on the issues that were present with the VRAM and miss advertised specifications. When it was first released, the GTX 970 seemed like the perfect card, 980 performance at a reduced price, then reviewers and consumers started to notice the drop in performance at high VRAM loads even though it was well within the VRAM limit of the card. NVIDIA decided to utilise an altered DDR5 memory architecture on this card which increased the speed of the first 3.5GB, but severely hindered the last 512MB. Along with that, the cores, ROP and TMU’s were all advertised higher than they really were. All that being said, the GTX 970 is still a cracking card and one of my all time favourites. 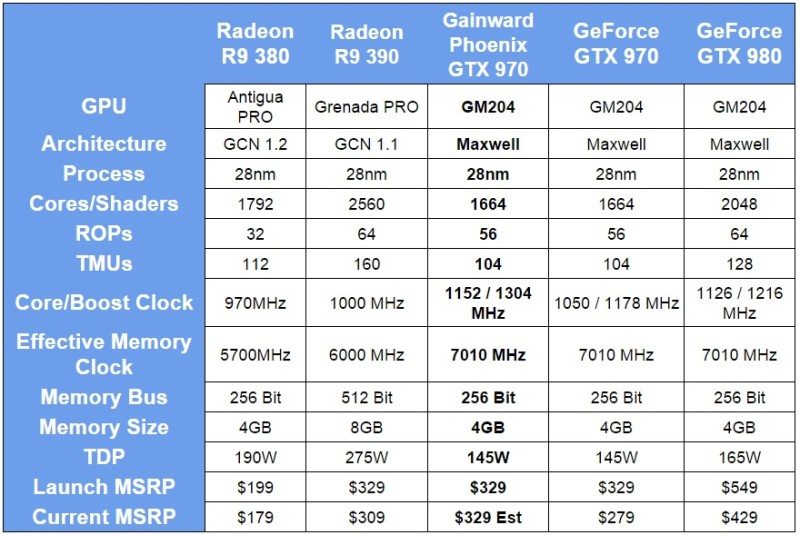 When I opened the shipping box, I was surprised to how large the actual retail box was; the bright colours are certainly enticing. 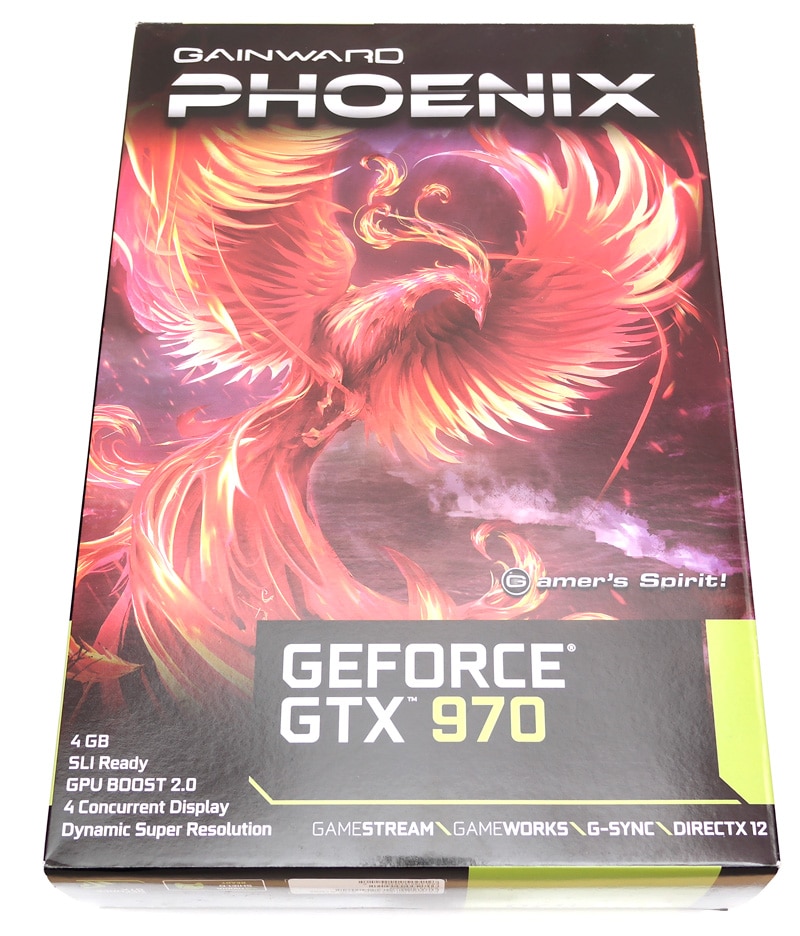 The rear of the box is simple with key information listed. Some of the more important features regarding NVIDIA and the power of the GTX 970 are outlined with graphics. 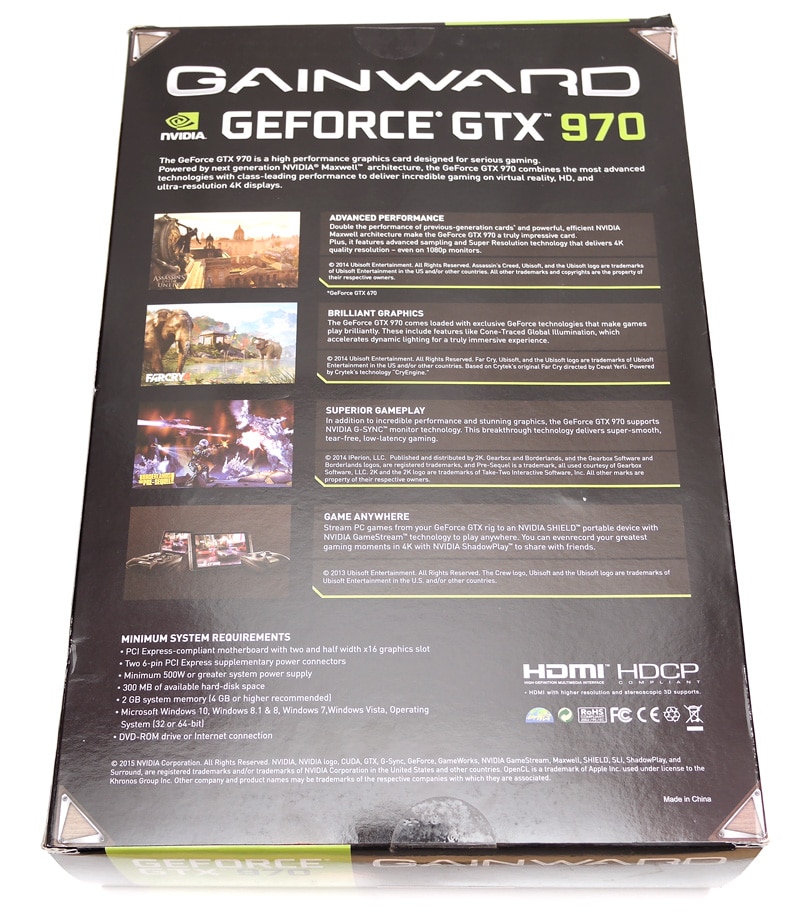 The accessories are the usual lot, molex to PCIe 6-pin connector, DVI to VGA adapter, driver disc and installation manual. 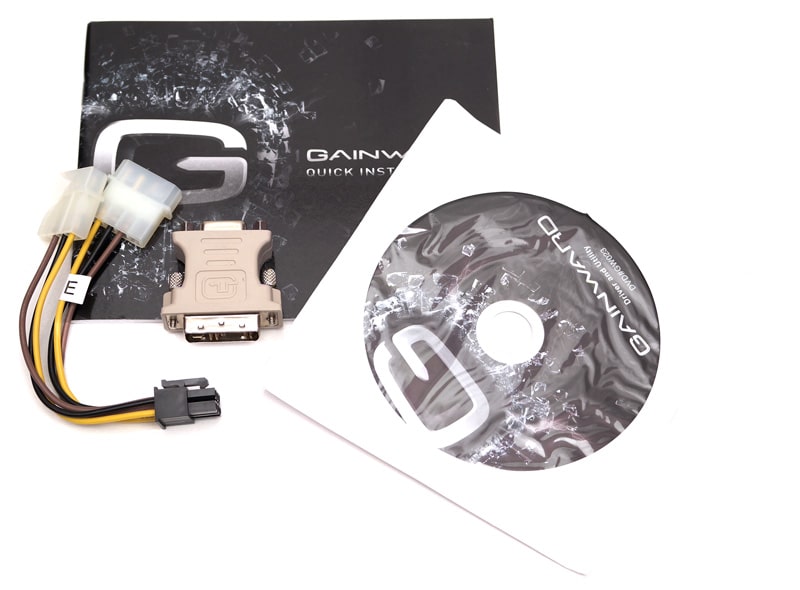