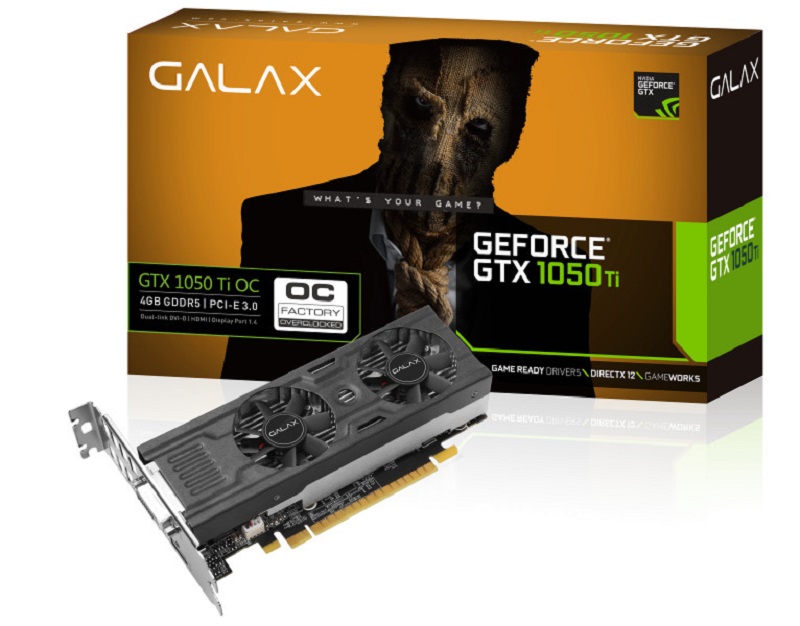 Over the past couple of years, there has been a surge in the popularity of small form factor builds. To help meet this demand, manufacturers have started to push out low profile cards more often. Latest to join in is GALAX with their low profile GTX 1050 OC and GTX 1050 Ti OC.

Using the GP107 die, the GTX 1050 packs in 640 CUDA cores while the GTX 1050 Ti uses the full die for 768 CUDA cores. GALAX has set the base clock at 1303 MHz and 1366 MHz while boost clock is at 1417 Mhz and 1468 Mhz respectively. The 2 GB and 4 GB of GDDR5 respectively are accessed over the 128bit bus for 112 GB/s of bandwidth. Interestingly enough, GALAX has gone with a beefy  dual fan cooler despite the low thermals of the GP107. Perhaps this is a move to ensure performance the tight confines of small form factor builds. 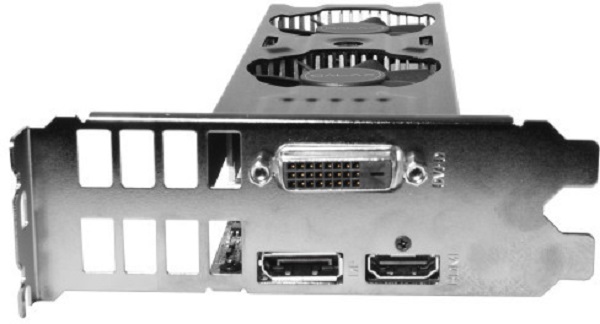 As you might expect from a low profile card, neither require a PCIe power connector, drawing all their power from the slot. Given the low profile, display connections are limited to 1x DisplayPort 1.4, 1x DVI-D, and 1x HDMI 2.0b. While there is no word on pricing, it is unlikely to be much higher than the standard MSRP.