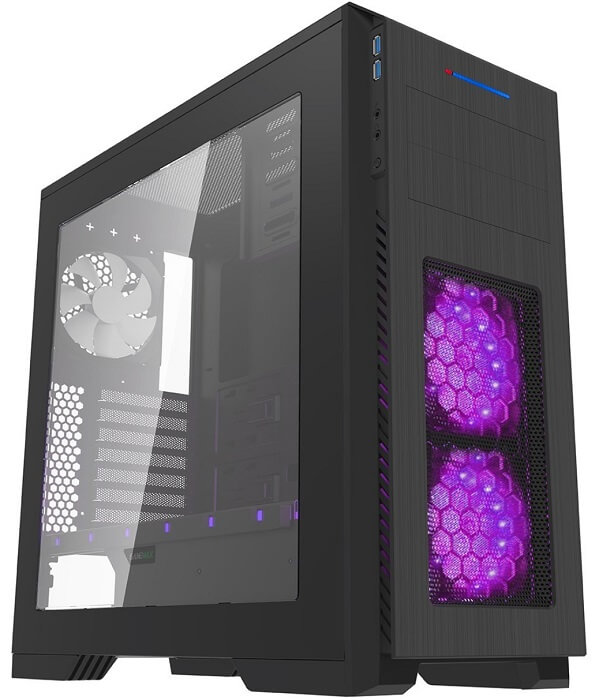 Gamemax has been knocking it out of the park throughout 2017, delivering fiercely competitive and feature packed chassis at super affordable prices. However, it looks like we kick things off in 2018 in style with their new Kallis gaming chassis. Equipped with RGB LED fans and strip lighting, a huge side panel window, and a boatload of other cool features, you would think this chassis is pretty expensive. However, at just £55, it’s looking set to be the bargain of the new year.

Of course, at this price range the chassis doesn’t feature tempered glass, but as you’ll see throughout this review, it promises to make good use of that tiny budget with a robust range of features.

What Game Max Had to Say

“The Game Max Kallis focuses on delivering a great design. The Kallis comes with 2 x 120mm 15 RGB fans at the front along with a controller and a PWM sharing function. There is also an RGB strip meaning your case is never short of colour. The Kallis also supports normal fans which you can join with the PWM control, meaning you can have one of the best cooling performances. The Kallis is Water-cooling ready and you can fit a 240mm radiator at the front. The side transparent window allows you to look at the internal components. Whether you are a system builder or a water-cooling enthusiast, the Kallis gives you unlimited possibilities.” – Game Max