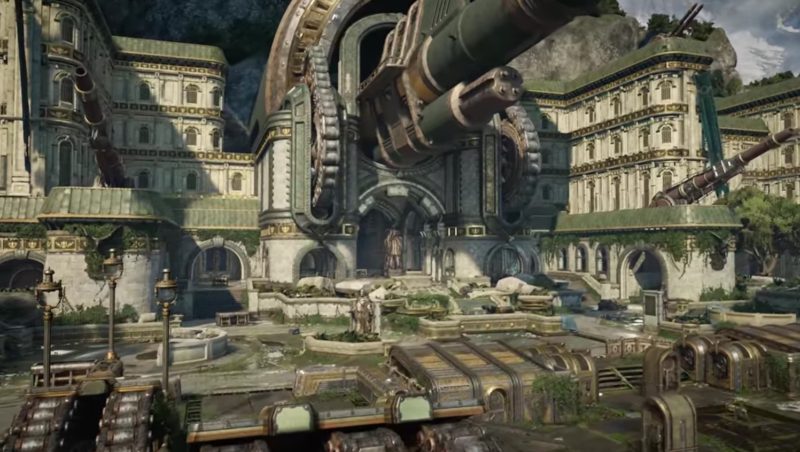 The Coalition has released details of the upcoming December update for Gears of War 4. Not only will the update give us a few tweaks and improvements, it’ll also launch two new maps, as well as add vertical split-screen support to the PC version of the game!

There’s some fun little tweaks to the gameplay too thanks to user feedback. Expect to see improvements and changes to the visual feedback when you’re dealt damage with the Gnasher, footstep audio balancing, as well as general graphics settings.

“Both maps will be added to public playlists starting December 13. As we say hello to Glory and Speyer, we say goodbye (for now) to Gridlock and Relic. As a reminder, all maps in Gears of War 4 are added to playlists for free, with maps rotating in and out of public playlists. For non-Season Pass holders that want to keep playing maps no longer in rotation, individual maps can be purchased in the Gears of War store.”

Check out the list of the most requested improvements you can expect in the update, which is set to launch on all formats on December 6th.

“Welcome to Speyer, a brand new Gears of War 4 map from The Coalition. Evacuated long ago, this lonely district of Speyer is a still image of pre-Locust War life. The battle for the sanctuary is a close quarters affair, but teams looking to control the sprawling academy will need to do so together. Speyer’s opulent interiors and quaint plazas are best suited to longer range engagements.”

“A monument of military might, this COG battery was used only against the most strategic targets to maintain its secrecy. The defensibility of this fortress can be used to your advantage if captured, which includes a powerful mounted turret that can suppress the courtyard below.”