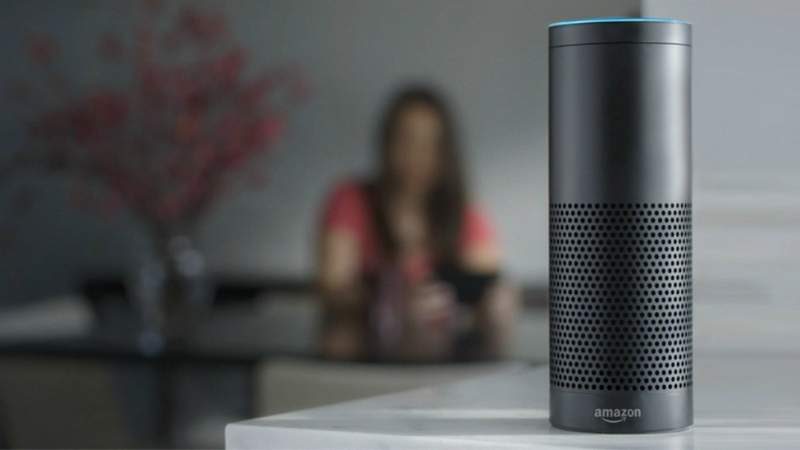 Police from Hamburg recently had to break into an apartment at 2AM in the morning. All because of complaints of loud party music playing. However, once police were inside there was nobody home. The flat’s owner Oliver Haberstroh went out to a bar Friday night when the event happened. Apparently, his Alexa-enabled Amazon Echo decided to party while he was away and blasted the music herself.

Haerstroh detailed the event on Facebook, claiming that his device has a mind of its own. Once he got back from the pub, he was surprised to see his door had new locks. Moreover, he had to get the new keys from the police station. He insists that he had nothing to do with the disturbance, but had to foot the bill for the locksmith nonetheless. There were no explanation as to how the device could have possibly switched on by itself. Especially up on the sixth floor, when windows were all shut and there is no possible way a voice command could be mistakenly heard. 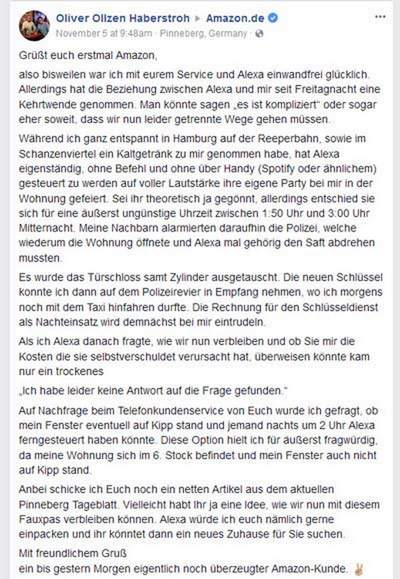 “When I asked Alexa how we could stay together and whether she could could pay me back what she’d cost me, all I got was a dry ‘I couldn’t find any answer to the question’,” Haberstroh says.